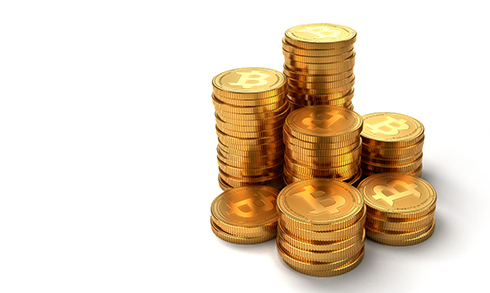 Bitcoin, the world’s leading digital currency, has today surpassed a value of $1400 for the first time, as investors continue to pile in behind the currency.

At the time of writing, bitcoin had surged to $1426 on the day’s trading, marking the first time in its history the currency has breached the $1400 mark.

This represents a gain of over 5% on the day’s trading to point, reflecting a general mood of optimism surrounding the currency. The news follows off the back of several successful trading sessions for the currency, which has led some analysts to suggest that bitcoin may have recaptured its momentum from earlier in the year.

After a strong start to 2017, bitcoin trading levels were derailed somewhat by events. The Securities and Exchange Commission rulings on two separate bitcoin ETFs were held by some to be largely responsible, with the rejection in both cases sparking concern over the future of the currency.

In particular, the ETF floated by the Winklevoss brothers had a significant impact on market prices when it was rejected by the SEC, sending markets plummeting from over $1350 to below $900.

Now, with bitcoin soaring beyond that level to even greater heights, some analysts are suggesting the currency could be preparing to pick up from where it left off, before the SEC ruling.

The SEC announced in the last week that it would review its decision into the Winklevoss ETF, creating optimism amongst investors that the investment vehicle may still ultimately be approved.

If it was to be approved, it would mark the most significant move for bitcoin into mainstream investment circles yet, allowing for greater market transparency while attracting a wider pool of investors.

While the news will be particularly welcomed by those already exposed to bitcoin markets, some analysts have stressed that the gains may be temporary, as a direct reflection of the SEC’s announcement.

“The news of the review has definitely excited speculators, although it’s unclear if this will alter the SEC’s decision. So the gains in the last 24 hours may be temporary,” according to Gatecoin’s Thomas Glucksmann.

The rises come at the same time as a similar surge in pricing in the ethereum markets, an alternative digital currency that is being similarly talked up by investors and analysts.