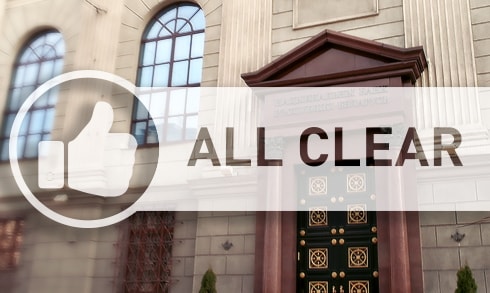 The Central Bank of Belarus has become the latest central bank to give the all clear to the use of the blockchain within the banking system.

Blockchain technology will be used in transmitting bank guarantees and settlements, helping banks save time and money in efficiency gains.

The move was made official last week, when the National Bank of the Republic of Belarus published proposals as part of a wider drive to embrace blockchain technology.

While the bank ruled out looking at digital currencies as part of its blockchain research focus for the time being, it suggested that it was open to exploring all use cases for the tech in future, which some have taken as an indication of at least conceptual interest in digital currencies.

The technology will be used by banks offering guarantees to cover loan losses to other banks, a fundamental process for ensuring liquidity in interbank settlements.

Discussing its proposals, the central bank said that the technology would be mutually beneficial to its partners across the region.

“The new mechanism of maintenance of the register of bank guarantees will ensure the mutual access of the economic entities of the states being members of the Eurasian Economic Union to the procedures of the government procurements of goods (works, services).”

“The implementation of the project will make it possible to organize this register on the qualitatively new level, that will create conditions for improvement of transparency and further development of the stock market in the Republic of Belarus.”

The bank is also thought to be working on proposals for an over-the-counter securities trading blockchain, just one of a number of use cases under active investigation for the wider financial services sector.

This implementation of blockchain technology within the Belarusian banking system comes at a time of similar sentiment from central banks and regulators worldwide.

As the implications of blockchain for the financial sector become more evident by the day, governments and regulators around the globe have been keen to leverage blockchain development as a means of making financial services more efficient.

Belarus are joined by the likes of Sweden, Singapore, Dubai, the UK, the US, South Korea, Japan and others in investigating new exciting use cases for the technology.