The first in a weekly column, A Power of Facing sets the tone for future reading while examining what happens to a community when it discovers cryptocurrency by way of a Bitcoin ATM.

Dedicated columns, ones readers might return to if reading repaid, were often titled. My attempt is to weave a tad of Don Marquis’ ‘The Sun Dial’ with Walter Lippmann’s ‘Today and Tomorrow’ thrown in for good measure. I am thinking here too of Lewis H. Lapham’s ‘Notebook’ essays in Harper’s print edition, ditto of Christopher Hitchens’ ‘Minority Report’ in The Nation, as content guides.

Mr. Hitchens heaped effusive praise upon George Orwell, and was fond of citing a line from his famous essay, “Why I Write.” In one wistful turn of phrase, Mr. Orwell explained, “I knew that I had a facility with words and a power of facing unpleasant facts, and I felt that this created a sort of private world in which I could get my own back for my failure in everyday life.” Mr. Hitchens stuck on ‘a power of facing,’ and hoped one day to title a book after it.

I chose those four words because they don’t pigeonhole, and instead allow me to digitally spread out on the page. I wish to take you, Dear Reader, with me each week as we both stumble through the wild, brave new world of cryptocurrency.

Our first stroll is through the sleepy village of La Jolla, California, and its obnoxious wealth, in the Western/Southern-most United States, just before Northern Mexico. Part of my common ritual involves Dick’s Liquor. It’s a throwback institution, harkening to days when businesses of sin, namely retail sale of booze and cigars, worked for your shekels, really humped. 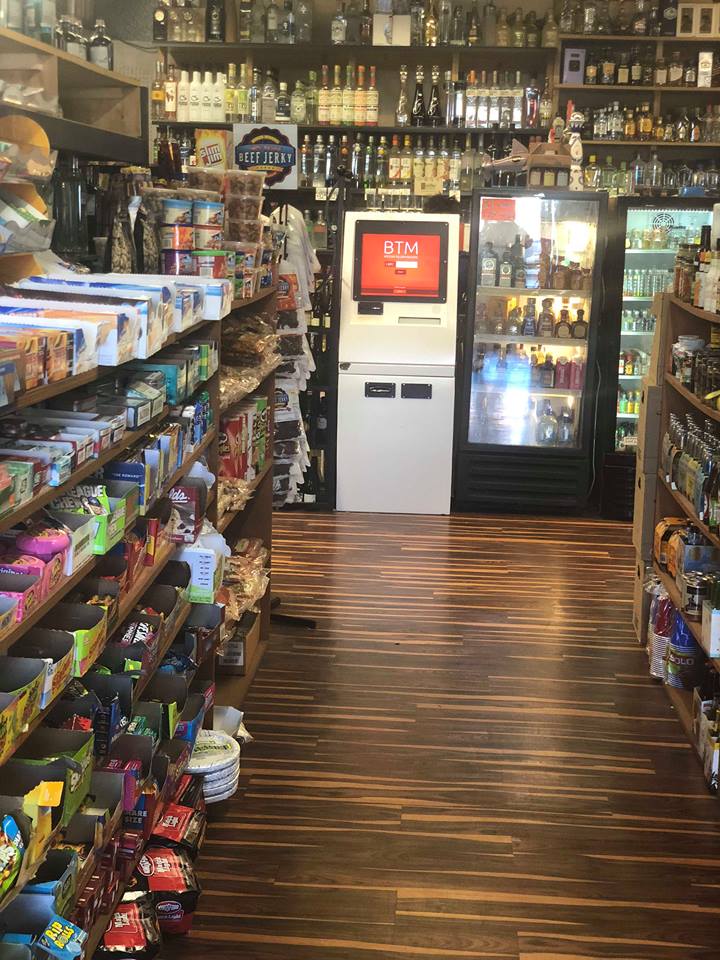 They’ve still ornate floor displays, arranged with consideration and care, and are usually accompanied by a curvy hostess to walk unsuspecting customers through a latest offering. Gold bar whiskey. This or that ointment or cream. Seasonal offerings. They’re a kind of kitsch I admire. And it’s probably one of the reasons Dick’s has been a family-run staple of this affluent community since 1950, holding down a prime piece of real estate mere blocks from the mighty Pacific Ocean.

Passing nearby Lamborghini, Rolls Royce, Bentley retailers, Dick’s hugs an undistinguished corner. A lone channel sign announces its existence. Entering, a mildly sunken world of exotic, hard to find alcohol, assorted other spirits, and cigars await. And, as of June 20, CoinCloud’s sleek, quite beautiful automatic teller machine has its place between busty coeds and shiny bottles and humidors.

It’s a BitAccess device, and, for the moment, offers only onramp to bitcoin core (BTC) from fiat, and vice versa. Using a phone number, the curious can exchange as much as 2,000 USD for the lifetime of that number. With more Know Your Customer (KYC) compliance, by scanning government issued identification, up to 10,000 USD can be exchanged. What’s more, CoinCloud has been known to up caps with only a email request.

All over the world, Bitcoin ATMs, the colloquial expression I choose as one would a Coke for soda, Kleenex for tissue, provide tangible ways to interact with money’s future. For those of us already familiar with cryptocurrency, ATMs can be friction-filled, expensive ways to escape from fiat. But for the rest of the workaday world, the abstraction of virtual, magic internet beans require its tires kicked.

In places such as Tel Aviv, Israel, for example, crypto enthusiasts have ferreted out physical space, an Embassy (a Bitembassy). It’s a dusty, well-worn room with plenty of area to lounge with people who share the bug. Cryptocurrency is frequently vilified in the mainstream press, and so those who’ve managed to break the matrix and find decentralized money often need that human touch. In North America, the recently opened Atlanta Bitcoin Embassy took the Tel Aviv idea and gave it a distinctly US spin. Cocktails. Wallet recovery services. Workstations. Guest speakers. Meetups. It understands what Tel Aviv does and what La Jolla is just starting to: for adoption of crypto to take place, people must mix and trade and develop a sense of community. 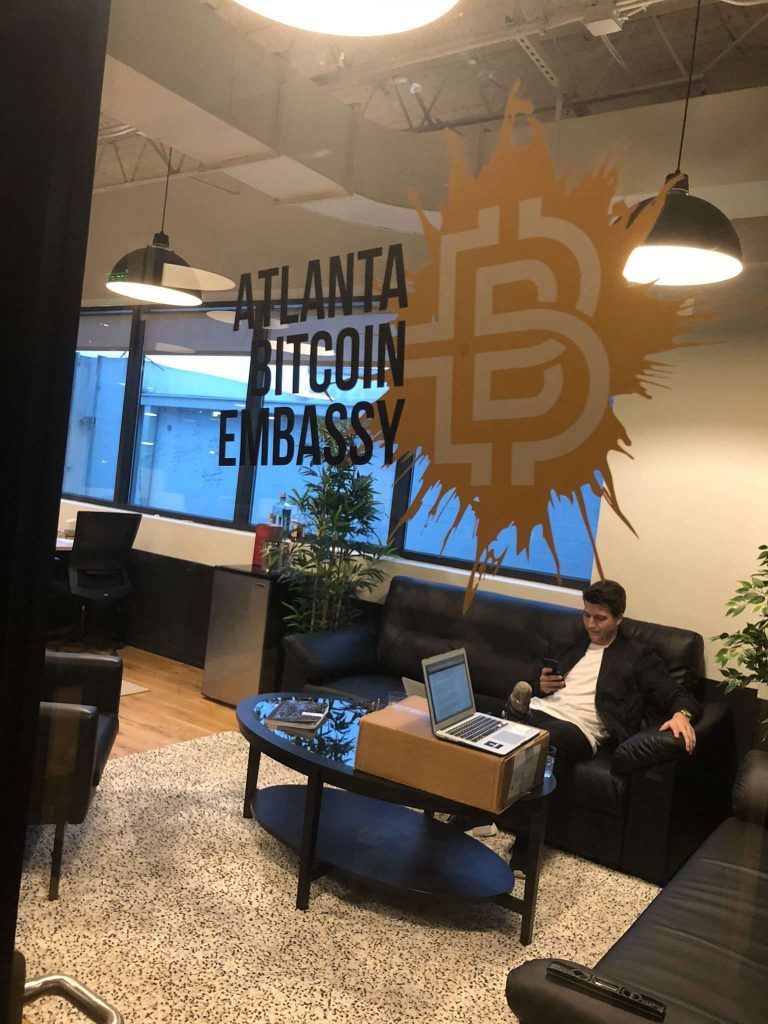 Back at Dick’s I chat up the proprietor. Looking eagerly over his conventional register, he answers, “I have no idea how it works. Don’t ask me,” when queried how the newly installed apparatus is being received by locals. Lady behind me lowers her glasses, stares at the machine. “Oh,” she slightly hums, “is that The Bitcoin?” I explain in a back of the envelope, elevator pitch way what it does, what it represents. Pushing past me, she plunks down her plastic card, and the cashier dutifully rings her up. “Digital money? No one in charge?” she half asks, buttoning her PIN. “Maybe next time I’ll buy some.”

That’s how it starts.

C. Edward Kelso has been a financial technology geek for better than a decade, writing and pontificating in collaboration with a host of think tanks and journals. Loving cryptocurrency and its varied spawn became a perfect match about four years ago. Just the fact it made all the right people mental was nearly enough to sell him on the idea entirely, but it was crypto’s actual tech that finally convinced him.