Home » Business » Why blockchain has not yet become widely used and what will it take to make it happen? – Part 3

Is the regulatory compliance consulting industry clogging the adoption of blockchain technology?

In our two previous articles on the adoption of blockchain technology, we covered the business concerns of Energy Consumption, and Governance and Politics. In this article we will continue our journey and explore another category: Regulatory Compliance Consulting. In future articles, we will discuss Timing and Technology to close out the series.

Research shows the global consulting market to be one of the largest sectors in the economy, with around U.S. $250 billion per year. 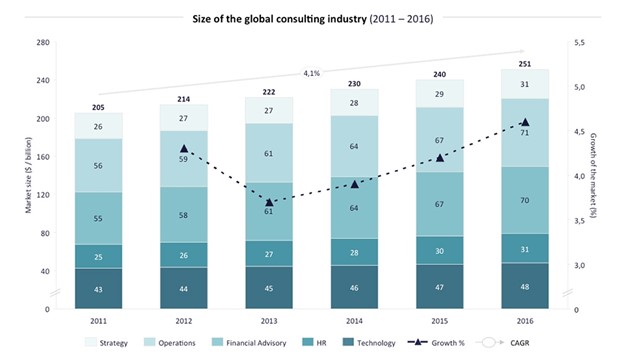 The global regulatory compliance consulting market is insatiable. It represents the relationship between the government and the consumers/business and is created due to the rise of society’s entropy having grown to almost record levels today. That market will make or break the blockchain as a technology, and not IF, but HOW. If we apply blockchain as a technical tool in the consulting market but do nothing to address the trust issue, it will not do any good, and it may, in fact, increase the entropy to another record level. In fact, solving the trust issue has to be the driving focus when implementing blockchain technology in consulting entities.

It all comes down to how the courts will take on existing or new laws when it comes to blockchain technologies. It is very expensive to repair public blockchain, where it is designed as an immutable chain from the beginning, but it’s not impossible. One example is when Bitcoin Association got involved to help repair the BSV blockchain when illegal content was uploaded to the data ledger. The “zero tolerance” approach by Bitcoin Association Founding President Jimmy Nguyen is an example of how courts could drive the direction of the evolution of blockchain.

If courts would take on blockchain cases, establishing a solid trend of precedents, the consulting market can adopt and rely on these court cases and try to fit right into it. The biggest question remains: How can those in the consulting market industry make money when blockchain technologies are integrated? If the approach is to just add additional layers of crypto technology on top of existing services, this will create more revenue for some, but it will drive prices up for all services in general, especially those in the financial sector.

Consulting firms are making big money on their labor-per-hour fees. Take, for example, the Big Four accounting consulting companies in the world. Their fees are, in most cases, four digits per hour, and these big players only consider those rates to be “OK.” And we are not talking about just a couple of hours here and there, but months of labor, all charged these astronomically high hourly rates, and these large firms can have hundreds of clients all forking it over like this, and in some cases, the final product received for these “OK” fees will just be a document or a report of 100 pages.

Blockchain could, in fact, eliminate or reduce these fees significantly if it is done on an automated basis with a consortium of blockchain certified professionals—similar to how anti-money laundering certifications are done—ensuring the Big Four would not suck all the air out of the room and all the money out of the economy. In this case, as it turns out, size does matter: Without addressing, politically, how smaller companies can fit inside the cozy markets that are currently occupied by the Big Four, the integration and growth of the blockchain will be left to the whims of the top consulting companies, and its highest, greatest benefits for mankind may never be realized. We have already seen over the last ten years how awkward and cumbersome (and worse, how predatory) progress has been as the Big Four work almost as one to control the spread of new initiatives. They know it would only be a matter of time before their fat paychecks become smaller and smaller if they let the genie out of the bottle.

And because big companies can be consulted by big auditors, by definition, it becomes a dilemma between the skyscrapers and the desert. They act as parasites today, rotating each deal and passing the bucket between themselves in a real-life, high-stakes game of Monopoly, where the houses are real, and the banks are real and own not just the money but all the little people too.

For the blockchain enthusiasts out there, or “the scorpions of the desert,” as I like to think of them, there are generally two possibilities: get sold off to the Big Four-like companies, losing their agility and autonomy, OR continue to innovate and evolve, and gradually transform the desert into a lush, flourishing oasis of sensible, responsible technology that truly works for the citizens of the world.

Both approaches will benefit the world as we know it. With the first approach, the technology will be adopted at the mainstream level quickly, but as a side effect, may not bring the cost benefit to the everyday clients very quickly. The second approach will be a longer and more painful process, but the rewards may be even greater than we can imagine: the creation of the Semantic Web as we dream of it and a society where cheaters are caught in the act and actually pay for their crimes.

A far better approach is to look for that which can be reduced (or eliminated) from existing services while adding little to no overhead.

One of the services that could be up for grabs is to reduce activity in the so-called cybercrime domain. Who has not watched or read the news, and seen that some anonymous group managed to hack XYZ organization and either leaked, sold, or held for ransom the valuable data of innocent citizens or the essential functionality of large and small businesses?

The problem with cybercrime is the push for a global economy, where software licenses are written all over the world and the standards of large projects or products are not easy to follow.

For those who are new to cybercrime, think of this quote:

“To build may have to be the slow and laborious task of years. To destroy can be the thoughtless act of a single day.”2

Geopolitically: Increase penalties dramatically for cybercrime and provide 100% ownership for data. It’s just a matter of time, discipline, and diligence to establish stricter protocols for access and legal consequences for misuse by careless or intentional bad actors. If we can segregate ownership and property rights and responsibilities for data and data security, then positive action can be taken. A fair transactional fee associated with use can be provided for honest users, while hackers will soon find the requirement to pay for such entities to be an expensive disincentive. Eventually, this disincentive should be enough to discourage almost all trolling for victims as operating in this orderly environment will be more costly than the actual value of loot they can harvest from safely stored data.

Infrastructure: Move as many transactions as possible into operations on Metanet, with the goal of eventually making this the standard for all transactions. Another way to combat Cybercrime is to put as much data as possible onto the public ledger to exploit the built-in mechanism that provides clear access to data ownership. Through this method the states from “origin” to “status” in a permanent ledger. If for some reason someone using the data from the ledger creates an error or negligent disrespect for its order, a penalty or prearranged commitment would replace, or restore the order and hold responsible and accountable the wrongdoer for any costs associated with setting the library ledger straight.

Processes: Break up the monopolies held by the Big Four in the area of audit, tax, advisory and risk, and automate the outcomes with less human labor. Instead, focus on automation and use Metanet, as semantically as possible, and draw data in and out with the ability to construct and use a Turing machine there.

Incentives: Provide incentives to end user to hire companies that use blockchain technology and measure their real entropy with some standard set of protocols that are considered fair game by everyone. This way, cheaters would not be able to say what they do today simply by buying a few TV commercials and PR campaigns. Instead, we would find ourselves in a position where we are actually able to measure what I’ll remind you is the very first reason for the existence of consulting companies: trustworthiness.

Reducing the lack of trust must be our core driving point in order to reduce—and where possible, automate—audit, advisory, tax and risk consulting, and therefore, create a more welcoming world for blockchain technology, where we don’t have such a heavy price to pay as consumers and taxpayers.