Sweden’s central bank has partnered with Norway and Israel to test international retail payments through central bank digital currencies (CBDCs). The bank, known as Sveriges Riksbank, also tapped the Bank for International Settlements (BIS) for the test, whose final report is expected in the first quarter of next year.

The CBDC exploration will be done under Project Icebreaker, involving the BIS Innovation Hub, the Bank of Israel (BOI), and Norway’s Norges Bank. It aims at connecting the three countries’ domestic proof-of-concept CBDC systems to test the feasibility of interlinking different CBDC systems.

Project Icebreaker will target two pain points–cross-border funds transfers and international retail payments. While Europe’s banking system is more advanced than most regions, it still suffers from slow and expensive cross-border payments. Sveriges Riksbank and its partners believe that a CBDC could solve this challenge.

The Swedish central bank has been testing its own CBDC, the e-krona, for some time now. According to Mithra Sundberg, Head of the E-krona Division at the bank, Project Icebreaker will be an extension of its e-krona project.

“By interlinking our current e-krona platform, developed in a test environment, with the other countries, we gain valuable lessons regarding cross-border payments using a CBDC. We also gain better understanding of important design and policy choices needed to secure cross-border functionalities if we decide to issue an e-krona,” she commented.

Israel has been working on a digital shekel as well, and according to BOI Deputy Governor Andrew Abir, one of the bank’s biggest motivations for the CBDC is enabling efficient and accessible cross-border transfers.

Project Icebreaker is the fourth inter-country CBDC project that the BIS has been part of. Its other three—Projects mBridge, Jura and Dunbar—are at varying stages, with mBridge concluding recently. mBridge involved four main players–Hong Kong, China, the United Arab Emirates, and Thailand–but in time expanded to include 16 other central banks.

According to BIS executive Daniel Eidan, these banks conducted over 160 cross-border transactions worth over $22 million over the course of the pilot. BIS will publish a detailed report on the pilot later this month. 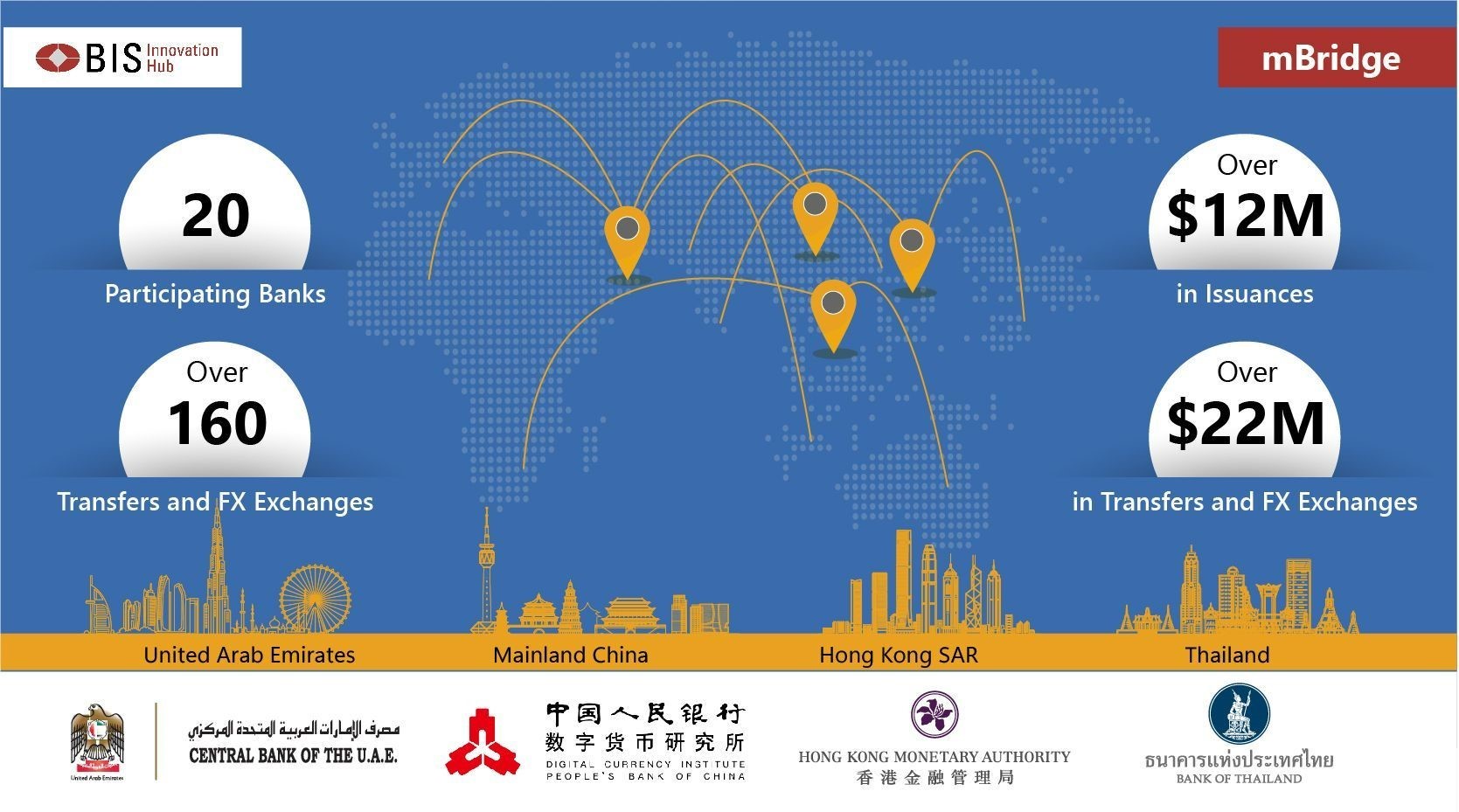