“The protocol is not a plaything,” said Bitcoin SV Node lead developer Steve Shadders at the CoinGeek London conference this morning. While too much energy has been wasted over the years on arguments over protocol direction, Bitcoin’s now 15-month harmony has produced a new opportunity for developers to get creative and, in fact, become pioneers.

Shadders noted there are currently no Scrypt experts in the world. He revealed there is now a Bitcoin SV Wiki, which went live just this morning.

The wiki is the first step to developing a formal education and curriculum program for new developers, with a view to building a formal BSV developer certification process. 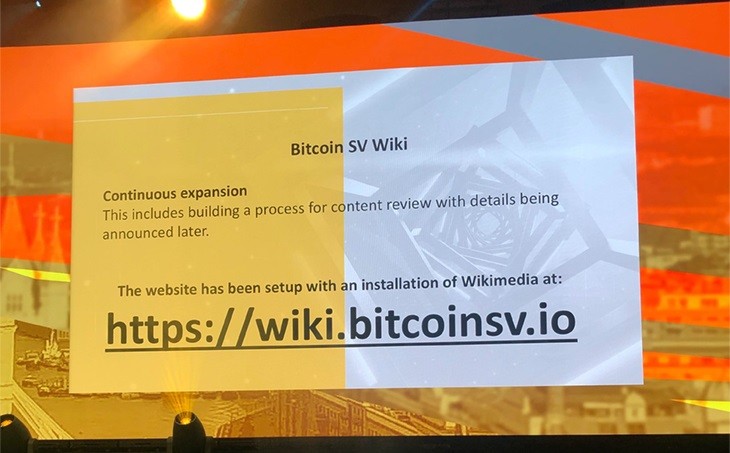 A developer could become the next Gavin Andresen, The Beatles, or Adam Smith—”I’m dangling the carrot of notoriety and fame in front of you,” he said. All articles on the wiki have been reviewed by three experts on the topic, giving beginners a great resource to get started.

Shadders also announced that there will be one more hard-fork change, called “Chronicles” that will return Bitcoin’s original difficulty-adjustment mechanism, altered by BCH developers after the original 2017 split from BTC. He described Chronicles as “an immutable time-ordered record of events.”

Shadders thanked the miners and developers who’ve supported Bitcoin BSV in its first 15 months—including investor and entrepreneur Calvin Ayre. Without their help, he said, the original Bitcoin would have died 15 months ago (as others altered its protocol to suit their various needs).

He criticized the notion that small, non-mining node operators are helping the Bitcoin network. This is more a common practice in BTC, in an attempt at “decentralizing the network,” but non-mining nodes “are in fact parasitic,” and don’t fit with the economic incentives baked into Bitcoin.

Bitcoin’s miners create a densely-connected center that makes BSV work better, allowing everything to propagate much faster. This happens due to its incentive model—or as Shadders put it, harnessing people’s base instincts and natural behavior to make things work.

Messages and transactions propagate fast around such an incentivized network. “Because of that propagation, zero-conf becomes real zero-conf.” The network is safer and more secure as a result.

Networks like Bitcoin must acknowledge both their technical and human requirements, since both machines and people are active participants. Bitcoin has now given all of them the tools they need, now it’s up to developers to understand and expand on them.