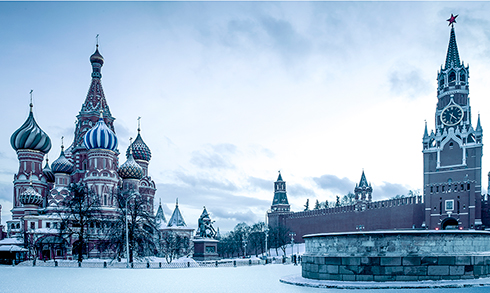 Russian authorities have announced their intention to launch a legal framework for bitcoin by 2018, in a move that would give the currency legal certainty in the country for the first time.

Having traditionally expressed a reluctance to support the digital currency, the moves by the Russian authorities will be welcomed by investors and businesses alike.

According to reports in Bloomberg, the eventual policy is expected to centre around aims to reduce the risks of money laundering and fraud, as the currency moves increasingly into the mainstream.

The Russian Treasury and the Bank of Russia are working together to develop a joint position on the currency, reflecting similar moves from governments and central banks worldwide.

Alexey Moiseev, the Deputy Finance Minister, said that the government is hoping to devise a policy that would enable them access to information about the parties to transactions, as well as data surrounding the specifics of digital currency payments.

“The state needs to know who at every moment of time stands on both sides of the financial chain. If there’s a transaction, the people who facilitate it should understand from whom they bought and to whom they were selling, just like with bank operations.”

Russia has previously taken a strong position against bitcoin, with statements from Prime Minister Medvedev indicating a reluctance to embrace the technology.

Now, as it becomes a more mainstream instrument for transacting online, in addition to the growing popularity of cryptocurrencies as investment instruments, the government appears to be preparing to take a softer stance in future.

Bitcoin has been the world’s best performing currency for the last two years, reflecting staggering levels of growth in its underlying value.

Wholly independent of banks and governments, through recording data on a distributed, decentralized ledger, bitcoin allows greater anonymity for individuals and businesses than is present with cash or bank transactions.

In 2015, the government was proposing fining developers and fintech startups, such was their opposition to the creation of currencies or derivative instruments facilitated via the blockchain.

However, since August 2016, the government has adopted a somewhat softer tone, and even acknowledged the possibility of fully legitimizing the currency in Russia in future.

While the final policy proposals remain to be seen, it seems as though the plan could spell good news for investors, developers and individuals alike.