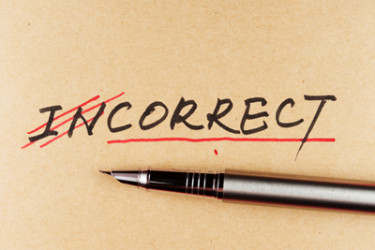 We all know the media can be misleading but sometimes it goes too far. Willian Suberg at CoinTelegraph barks: “Bitcoin Price Eyes New Highs Amid 90 Percent Plus SegWit Support.”

This does two things:

Now, that all sounds great but ignores the most crucial part of the Bitcoin industry – the miners.   This cannot be overstated, miners are what makes the system thrive.

So with “90 percent SegWit” support the miners must all be in the SegWit camp, right? Not at all in fact Bitcoin Unlimited is the most profitable, and thus, attractive option for miners.

The muddying of the waters is around the issue of Nodes.  Straight from Satoshi’s keyboard in the old days – “Nodes collect new transactions into a block, hash them into a hash tree…”. That is, Nodes are mining. If you are not mining, you are not running a node, you are just a wallet.  Next, and this is important, ONLY nodes (that is those systems that are mining) secure the network.

From Main.h in the original code [1]:

Further, a system that is not online and connected openly is a problem – ie most home users with wallets acting as nodes and NOT mining.  According to Gavin Andresen:

“Most ordinary folks should NOT be running a full node. We need full nodes that are always on, have more than 8 connections (if you have only 8 then you are part of the problem, not part of the solution), and have a high-bandwidth connection to the Internet.”

The system is designed to scale, but this occurs when businesses run Nodes, not home users running a Raspberry Pi.  Home users running a full copy of the blockchain thinking that this is the only way to be secure and see what is happening is utter nonsense.  (You can sign a transaction on a machine not connected to the internet and copy this in a way that means your private keys are never exposed.  In fact, for large values, this is the best method; it is what is most secure.)

Nodes secure the network by mining. This is clear from the paper [2] – “The longest chain not only serves as proof of the sequence of events witnessed, but proof that it came from the largest pool of CPU power. As long as a majority of CPU power is controlled by nodes that are not cooperating to attack the network, they’ll generate the longest chain and outpace attackers.” Nodes generate the chain. They mine.

Why all the fuss?  Back to the headline.  It is likely that the “support for Segwit” includes wallets that are not mining…they’re not adding any hash power.  They cannot be called nodes, and they are functionally sock puppets [3] and thus attackers from the spirt of the paper.

Seems to us that sock puppetry is being used to propagate a pro-Blockstream agenda – set up sock puppets that do not mine, and then call these nodes to make it seem that there are more nodes supporting them.  Undermine the consensus mechanism?  Check.  Alter the security of Bitcoin?  Double check.  Propaganda to further your own agenda?  Indeed.