To celebrate Beijing’s success of hosting 2008 Summer Olympics and 2022 Winter Olympics, the Sports Culture Development Centre of the General Administration of Sport of China, the China Sports Museum, the Chinese Olympic Museum, Cultural Investment Holdings (an official sponsor of the Beijing 2022 Olympic and Paralympic Winter Games) and the Shanghai Pudong Science Fiction Association have launched the online cultural activity “Snowflakes Illuminate the Centenary Journey of Winter Games” and officially launched a digital commemorative collection (NFT) on the NFTonShow platform which is powered by the BSV blockchain. By running NFTs on the BSV blockchain, the minting fee per NFT is about $0.015. Currently, the cost per transaction on the BSV network remains as cheap as $0.0004, which is much lower than the cost of comparable blockchains like Ethereum while at the same time it is faster than major competitors.

This collection includes images featuring the mascot “Xiao Cang”. The NFTs represent visualisations of Xiao Cang as an athlete in five different athletic disciplines of the Winter Games. 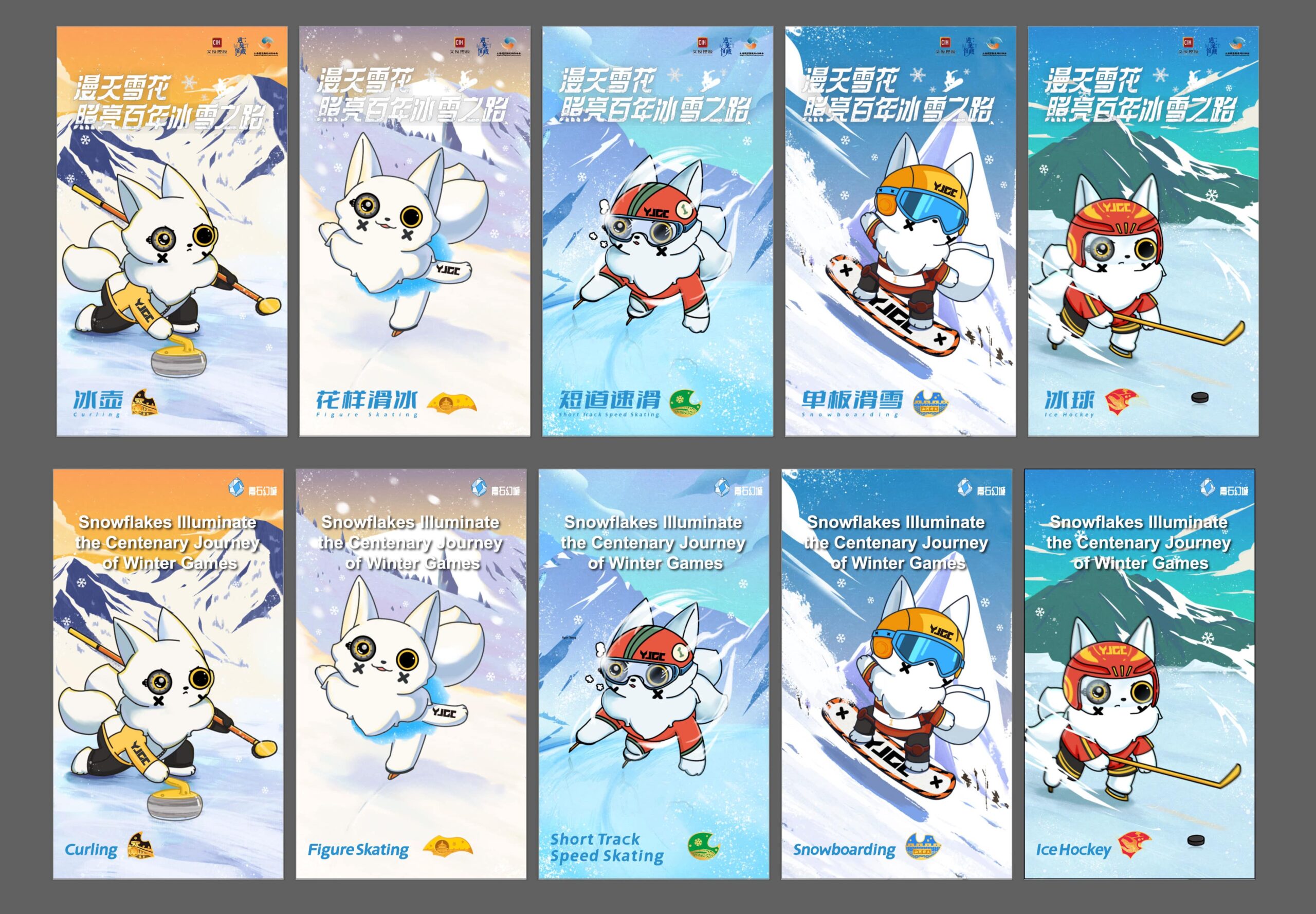 The NFTs can be bought in form of blind boxes starting from Feb 21, 2022, with presale on Feb 18th, 2022. A collector who pays RMB 19.9 to buy one blind box will get an NFT. After collecting all 5 basic NFTs, fans can remint them into the Shining SSR Mascot “Xiao Cang” – Figure Skating NFT and they will also be rewarded with official Olympic souvenirs. Or a collector can choose to directly buy a set of 5 basic NFTs’ collection by paying RMB 399 and will also get the special Figure Skating NFT and official Olympic souvenirs. Furthermore, collectors with Figure Skating NFT are allowed to participate in Lucky Draw to win more prizes.

Shanghai Pudong Science Fiction Association is the first science fiction association officially registered under the Civil Affairs Bureau in China, and it has been committed to the development of the science fiction industry. With the purpose of service and innovation, the association has been actively building public service platforms, organising science fiction related activities, conducting academic research, promoting the cooperation and integration with related industries, and providing professional consultation, information and technical support services.

The Bitcoin Association for BSV has appointed four new BSV Ambassadors as part of its global ambassador programme.

The sports platform Zetly would like to announce its partnership with PowChess. The two companies are working together to allow more people to play online games using the BSV Blockchain as its core platform.

Dr. Catherine Lephoto, executive sales director at VX Technologies, will work with the Bitcoin Association for BSV to provide the EMEA and African regions with a stable blockchain infrastructure for the future.