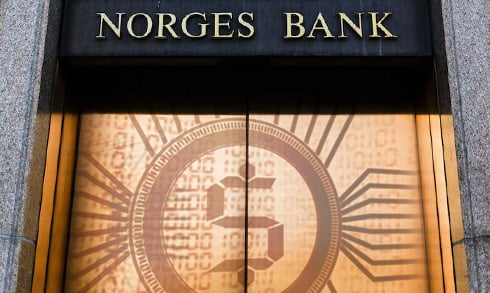 In a presentation at the Norwegian Academy of Science and Letters, the bank’s deputy governor Jon Nicolaisen drew focus to the differences between traditional cash and cryptocurrencies, and the growth in user applications for bitcoin and other alternative digital currencies.

In particular, he highlighted the peer-to-peer infrastructure of digital currencies, as well as the greater anonymity and privacy afforded over cash, as being one area of promising development for a future digital currency.

Central banks in the UK, Canada, Dubai, South Korea and Sweden have been among those to have announced similar feasibility studies into digital currencies, with a view to ultimately leveraging the power of blockchain technology to eliminate physical cash.

The result would be a significant development for the local and global economy, not to mention reshaping consumer and business finance substantially.

Yet for many, these differences go to the heart of the appeal. Nicolaisen said:

“Private digital currencies providing anonymity are already on the market. These currencies can also be used even if banks’ systems fail – as long as the Internet is still functioning…For many consumers, electronic central bank money could provide an alternative to deposit money in a bank, as cash does today. Banks can attract deposits through the interest rates they offer. But their ability to create money and extend credit could nonetheless be affected, especially if this new form of electronic money enters into widespread use.”

The Norges Bank representative went on to say that app-based solutions could be used for storing digital currency, in a bid to closely replicate cash transactions.

The potential for anonymous digital currencies to proliferate through the blockchain is regarded as one of the most exciting features of the technology, which records automated transactional information on a distributed ledger.

Analysts will welcome the entry of Norges Bank into the fray, as it joins countless others in researching the significant impact blockchain technology and digital currencies could have on the mainstream financial system in future.