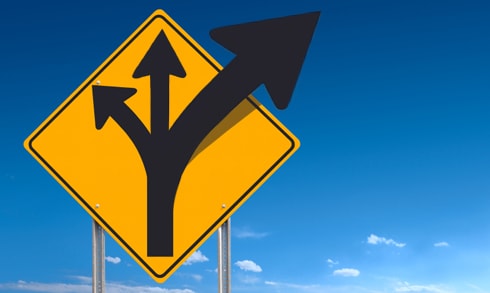 Home » Fork Ahead! How Bitcoin Cash will Fork to Bigger Blocks on August 1

NOTE: The following is a translation of an article originally presented in German.

BitcoinABC was designed as a big blocker’s reaction to the UASF. Now the developers have announced they’ll fork Bitcoin back again to p2p digital cash with a UAHF.

You would think the Bitcoin community would calm down these days, as the year-long Blocksize-fight reaches its final stage. In August the industry-wide alliance SegWit2x will finally activate SegWit. The chain-split promoted by the warriors of UASF, the so-called “User Activated Soft Fork”, will not happen. It seemed Bitcoin would survive August in one piece.

However, things turned out other than expected. This week “Bitcoin Cash” announced they will fork the network. And as it seems, there is no way around a chain split.

Bitcoin Cash is based on a contingency plan the Chinese mining giant Bitmain announced in a blog post. Bitmain wrote that in case SegWit2x fails and the UASF succeeds, they will activate a so-called “User Activated Hard Fork” (UAHF). This fork will increase the blocksize limit to 8mb. The first client which supports this plan is BitcoinABC, a fork of Core, which has been introduced by the developer Amaury Sechet at The Future of Bitcoin conference in Arnhem.

Originally, the UAHF was designed as a contingency plan. However, it gained some steam the last few days, which makes it likely that the fork will activate. While Bitmain’s Antpool stays loyal to SegWit2x and did not release any information on how it deals with BitcoinABC, ViaBTC announced that it will create a mining pool in which their customers can mine BitcoinABC. Also there have been some indications that Bitcoin.com will do the same, but this is not yet clear.

As the code will split, and there seem to be miners willing to mine it, there seems to be no way around BitcoinABC causing a hard fork on August 1. Most importantly the UAHF will eliminate the rule that Bitcoin blocks must be no bigger than 1mb. This rule will be replaced by Bitcoin Unlimited’s Emergent Consensus, which enables the user to decide by himself a maximum size of blocks. In the default configuration BitcoinABC will allow blocks up to 8mb, but the miners will start with a soft limit of 2mb. This way the limit could be lifted step by step with soft forks, like has been done in Bitcoin until it knocked on the 1mb limit.

To protect the Blockchain against so-called “wipeouts” – which means that the chain gets eliminated by another chain with more hash power – BitcoinABC introduces a new rule: A certain block on August 1 must be bigger than 1mb. If somebody mines this block, the chains are irreversibly split.

A Smooth Split to Bitcoin Cash

Other than the so-called UASF BitcoinABC listened to the exchanges and introduced some kind of “Replay Protection”. This aims to prevent a transaction being valid on both chains, which can cause confusion and losses by double spends or coin destruction. To implement this the developers adopted a modified version of BIP143, which is part of SegWit. Transactions made with this are only valid on the UAHF chain. In addition these transactions are protected against one kind of malleability, and the signature-operations don’t scale quadratically with the number of inputs.

On top of this there are several further measures which should guarantee a smooth split of the chains.

BitcoinABC runs under the new brand of “Bitcoin Cash”, which this week launched a website. The site announces “On August 1st 2017, We the People will breathe new life into Bitcoin.”

According to the website with the UAHF “a group of miners, developers, investors, and bitcoin users will upgrade the Bitcoin protocol.” Those who do not want to follow Bitcoin Cash are free to use another chain. “Miners implementing the UAHF will safely split away, creating a new version of Bitcoin called ‘Bitcoin Cash’.”

Every owner of Bitcoin will have as much Bitcoin Cash as he has legacy Bitcoin or SegWit-Bitcoins or whatever fork coin emerges from Bitcoin. After the chain split, the market shall decide which Bitcoin is the real one.

Until now the exchanges ViaBTC and OKex announced they would list Bitcoin Cash. To say it more precisely, they announced they would let their users trade any coin which is the outcome of a fork. Both exchanges are based in China, but enable the trade with dollars. To store Bitcoin Cash you can currently use the Core fork BitcoinABC. Also, though, an Electrum Cash version has been announced, and Bitcoin Unlimited wants to release a version compatible with Bitcoin Cash.

With this roadmap it seems to be inevitable that August 1 will see a chain split. Since SegWit2x is backed by a broad alliance of companies and miners, it is to be expected that Bitcoin Cash will start as an altcoin. With the wipeout and replay protection BitcoinABC is perfectly prepared to securely execute a split instead of starting a dirty fight about the brand of the real Bitcoin.

As a side effect this might strengthen the position of the promoters of Bitcoin as digital gold instead of p2p cash. However, it might also result in an interesting altcoin which is prepared to run for the crown of cryptocurrencies.