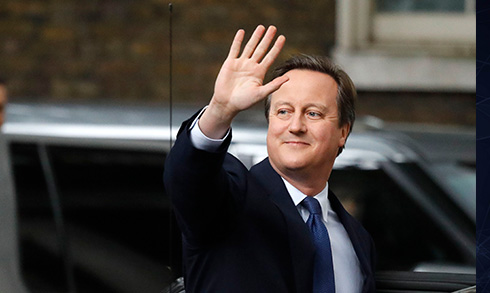 Ex British Prime Minister David Cameron has become the latest high profile official to praise the blockchain, and its potential for overhauling security, efficiency and organisational transparency across key industries.

The former Conservative Prime Minister, who left office in 2016 following the Brexit vote, said both organisational transparency and financial reporting could be significant beneficiaries of a more developed blockchain model.

“Obviously you’ve got amazing opportunity using blockchain technology in areas like banking and finance and insurance, but I think some of the public policy applications are potentially transformational…Your opportunities, for instance in the remittances markets – a huge market, to help people have lower transaction costs and better property rights, are massive.”

His comments will be seen as a welcome boost for blockchain developers and researchers, exploring viable opportunities for future blockchain use-cases, signalling yet further support for their efforts in establishing market-ready models for the technology.

The blockchain underpins digital currencies like Bitcoin, but can be adapted to a number of other industry applications. The distributed ledger technology automatically records transactional information, allowing for improvements in security, recording and compliance costs.

In addition to government and the financial industries, it is expected that a number of other sectors could stand to benefit from further development of the technology.

Cameron’s words were delivered at the opening of new offices in London for the bitcoin startup, Blockchain. It comes at a promising stage in the development lifecycle of the technology, as it continues to gain mainstream acceptance and support.

Recently, blockchain projects and collaborations like the Hyperledger project have attracted support from some of the world’s biggest companies, including credit companies like American Express, car manufacturers like Daimler, and central banks worldwide, including the Bank of England.

While the technology remains perhaps several years from a mass-market roll out in any particular industry, the Prime Minister’s words are a further reflection of how far the technology has come since it’s initial development rounds.

Blockchain technology is expected to hold significant savings for companies in financial services, automotive industries, ecommerce, shipping and logistics, and a number of other sectors.

In addition to its benefits for private industry, governments and central banks worldwide are already looking at the potential implications of this emerging technology in the near future.