“The market has decided” is about the most economically tone-deaf, miseducated nonsense, but it gets tossed around all the time by the royalty de jure as they marvel at their own market cap, market domination and petty wealth relative to the rest of the marketplace. The funny thing is that market decisions are never final—ever—and if the market was never wrong, there would never be a trade opportunity, investment edge or even a need for borrowing, lending or interest rates.

Why, you ask? Because every single act of commerce made in the real world is an example of the market making a decision. A teenager on his bicycle heading to the corner store thinks the market is out of balance because he has too many quarters in his pocket and too few candy bars in his belly. He intends to undermine the ignorance of the shopkeeper by taking the candy bars off his hands in exchange for the presumably less valuable money in his pockets. This is the backbone of a basic free market.

Let me start by saying my profile picture on social media is an amalgam NFTs from the Astro Apes and Planetary Skies collections on Rarecandy. I’m a fan of the art, the culture and the economy of NFT art. But, in the grand scheme of economic use cases for a blockchain, critics have often said that “the technology is a solution looking for a use case”—which is not an unreasonable critique in many ways. In fact, even in the BSV space, there is a rift between the people who want to focus on “enterprise” use cases, while over 95% of the network is used for NFTs in games and generative art sales, which are categorically NOT enterprise uses. And this is a good thing!

While the frothiness of typically low resolution, often knock-off JPEG art, selling for thousands of dollars is a red flag that we are seeing amid a bubble of epic proportions, there are some very intriguing bright spots in the NFT economy—like my very professional banana-hat [sorry, God.]

But there is at least one company treating their business like a classical dealer of fine art on par with the biggest names of the industry. To that end, if the economy wants JPEGs, by all means, give them JPEGs!

BullishArt is a company run by a professional art curator from Italy living abroad in South Korea where fine art meets high tech in a way like no other! Francesco Morello saw a need in the confusing marketplace for curation of truly fine pieces of art, and the gallery at bullishart.com is a testament to the keen and careful eye of a professional.

For this article, Morello explained, “The project started from collecting NFTs and realizing the difficulties to check the authenticity, and for this reason we began offering this service to a professional artist from Russia, Ales Lyalush, whose NFTs were sold by other people on Tezos, without his consent.”

So in a world where “right clicking” JPEGs has grown to meme status, a business opportunity was born to add reputation and attestation to blockchain hashes—kind of like how proof of work solves SPAM, but keys don’t solve identity without real world attestations. Going one step further, BullishArt has added a layer of advocacy and what some might call “agency” to the world of NFTs to simplify the process for artists who may not have any technical prowess or access to Bitcoin.

“We do spend a great deal of time getting to know the artist, guiding them to understand the potentiality of NFT and helping setting the wallet to get royalties.”

“Artists do not need to spend BSV to start with us, Bullish Art pays everything from minting to any activities that include 3D virtual exhibition in certain cases.”

“Royalties go 100% to the artists, while Bullish Art takes only a portion of first sale.”

One of the key features of blockchain-powered art is that since every transaction generates a unique hash or transaction ID of provable scarcity, Bitcoin works as a random number generator. Since Satoshi Dice, entrepreneurs have used this feature for things like dice rolls or other provable fairness use-cases. But only recently has it been used for something like generative artwork where each character in a hash defines some aspect of the art like eye color, backgrounds, hairstyle, or other unique items with various scarcity ratings.

In BSV, projects like Gopniks or ONI Society have utilized this functionality successfully, but BullishArt wants to take things one step further, with high aesthetics and a deeper, richer dive into the variables that get generated by the chance of the network.

Puggo Sapiens is the newest NFT mint coming to BullishArt. Morello, alongside a team of graphic designers from San Diego have teamed up to raise the bar.

The creators shared with us, “What if there was a parallel universe where the world was the same, but instead of humans, the Puggos are the dominant lifeform?”

And where most generative art projects focus on combinations of colors and some random items for aesthetics, the Puggo Sapiens project took a different approach, saying, “We feel that Puggo Sapiens are different because the style of them is rooted somewhere between cartoonishness and realism. We wanted to create a large variety of clothing, headwear, eyewear, and even tattoos and piercings so that each Puggo character would be styled noticeably different from the next.” “NFT collectors should get a Puggo Sapien because they are incredibly unique. With the vast array of over 500 unique traits, every Puggo is truly rare and special, and someone finding a unique Puggo that resonates with them on a personal level is priceless!”

And they really are! The concept art is a little less outlandish than some other NFT art, but there’s a depth and play on the absurdism in the design as well, so dog lovers (especially pug lovers) everywhere can have fun with a truly unique piece of generative art made by bitcoin itself and guided by the hard work of some very talented visual artists. 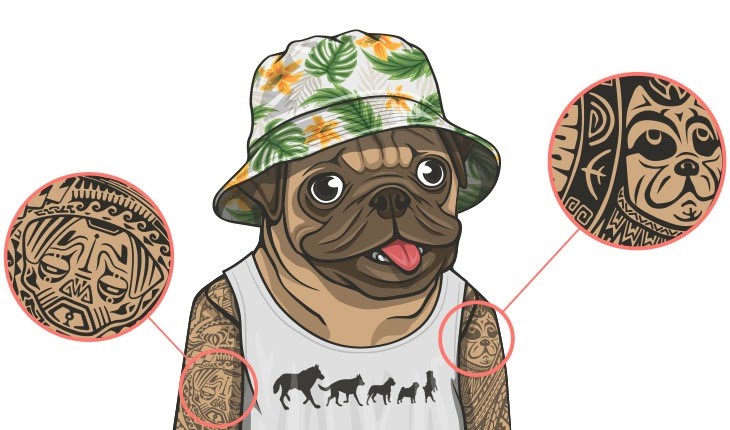 The market has decided

While some of us want enterprise data, and others want adoption as P2P cash in retail grocery to change the macroeconomics of the global economy, for now, the market has decided that a scalable UTXO blockchain is a really good tool for giving artists an opportunity to make a fair living in a global economy. And that’s a good thing!

The artists for the project shared their thoughts on minting and distributing their art on BSV, “We chose Bitcoin SV as our platform because it is the only blockchain where artists can mint NFTs at a low cost and most importantly the artworks files are actually uploaded onto the blockchain. As artists we love originality and the passion that goes into each artwork. We think that it’s very important that the artwork themselves goes on-chain.”

Binance is making a backdoor move into Japan while its botched attempt to make a similar move into the U.K. isn’t stopping local courts from putting the digital asset exchange in the hotseat.

The vote will commit lawmakers in Brussels to changing tax rules related to the digital asset industry, including whether to implement a single tax regime for digital assets across the bloc.