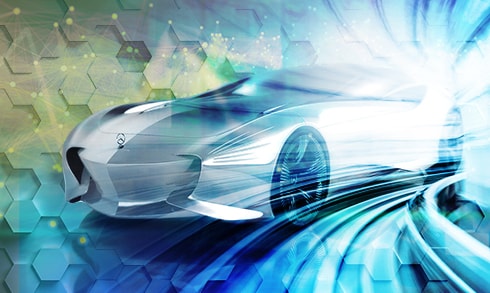 Daimler AG, one of Germany’s foremost car manufacturers, has successfully issued a corporate bond of $100 million through a blockchain pilot, in a move that is being heralded as one of the first of its kind.

The year long corporate bond, known locally as a Schuldschein, was issued in conjunction with one of Germany’s largest state-backed banks, the Landesbank Baden-Württemberg, as part of a blockchain pilot scheme to test the efficacy of distributed ledger technology in raising capital.

The pilot also included several other local banks, who joined LBBW in acting as lenders for the purposes of the trial issuance.

Following the success of these initial trials, Daimler is now set to continue work with LBBW, in pursuing additional opportunities for leveraging blockchain technology in corporate finance.

Amongst other planned applications is the potential for loan issuance and commercial paper transactions through a similar blockchain solution.

Representatives from Daimler have welcomed the successful trial, noting the automation afforded by the technology from origination to repayment confirmation, which could pave the way for significant efficiency savings in future corporate bond issues.

Speaking on the broader technology underpinning the trial, Daimler’s CIO Jan Brecht said that the blockchain remains a key focal point for research and development, with potentially significant implications for the automotive industry and beyond.

“We see blockchain as a promising technology, not fully mature yet, but continuously growing. Now is the right time to get into it, build up knowledge and form a network of like-minded people to share experiences.”

The successful trial is far from Daimler’s only involvement in blockchain development, with the company amongst one of the earliest movers in the sector to mobilise behind the technology.

In February, Daimler became a member of the Hyperledger consortium, a Linux-led open source collaboration between over 100 companies that seeks to explore new use cases and applications of blockchain technology.

Drawing on the combined expertise of partner organisations, including from the tech and financial sectors, this project represents one of the most significant explorations of a blockchain use case undertaken by the company so far.

BUX is a set of tools with a generic indexing service that devs can use to index their specific types of transactions without writing their service and running a fully verifying blockchain node.

The U.S. department is to publish 17 questions as it seeks input from the public on block reward mining, obstacles faced by VASPs, CBDCs, payments, and more.

Arthur Hayes, co-founder/former CEO of the BitMEX cryptocurrency exchange, won’t see the inside of a prison despite allowing customers to use the platform to circumvent U.S. anti-money laundering rules.