Centbee has been on the news ever since it hit the market, with its rapid rise to quickly become one of the leading BSV wallets which is a testament to its easy to use and efficient platform. Founded by Angus Brown and Lorien Gamaroff, the wallet has sought to make Bitcoin not just an asset that people use to speculate but a currency that’s used by everyone for day-to-day transactions.

One of the things that set Centbee apart is its focus on the African continent. With its headquarters in Johannesburg, one of Africa’s busiest and largest cities, it’s uniquely positioned to spread the crypto gospel on the continent. However, to succeed in Africa, any financial services provider has to adapt to its ways, and this is not as easy as it sounds. One of Centbee’s target sectors is international remittance. I set out to test its efficiency, especially in comparison to other solutions currently available in the African market. Local money transfers in the continent are easy in countries like Kenya, which has M-Pesa. However, sending money across the borders is a nightmare especially using banks, so much so that some people find it more convenient to give their money to bus drivers to travel with across borders.

I decided to send money from Kenya in the East African coast to Ghana in West Africa. Having downloaded the Centbee wallet, the next step was buying the BSV to send. Centbee doesn’t have a trading platform and you have to buy the BSV from other platforms. In South Africa, you can easily acquire the BSV on thousands of retail stores by generating a QR code on the app and paying in fiat over the counter. I decided to send money from Kenya in the East African coast to Ghana in West Africa. Having downloaded the Centbee wallet, the next step was buying the BSV to send. Centbee doesn’t have a trading platform and you have to buy the BSV from other platforms. In South Africa, you can easily acquire the BSV on thousands of retail stores by generating a QR code on the app and paying in fiat over the counter.

In Kenya, however, the voucher system hasn’t caught on, so I had to purchase the BSV from another platform and send it to the Centbee wallet. This could limit its reach in some markets, especially in Africa where crypto exchanges aren’t all that popular or widely available. As it grows and expands, it’ll probably increase its merchant partnerships in Kenya and the rest of Africa, which would make it a lot more convenient for its users.

After purchasing and transferring the BSV to my Centbee wallet, it was time to send it to an acquaintance in Ghana. Sending the money is quite easy, with the app being optimized for receiving and sending Bitcoin. After keying in the BSV address of the recipient, the money was sent instantly.

Unlike other cryptocurrencies, Bitcoin SV transfers are instant and were reflected in her account within seconds. Even better, it only cost me less than 10 cents to send $200.

To understand just how much more efficient using Centbee is, I decided to try the same transaction using my bank account. As I came to find out, sending $200 through my bank account cost me $24 and took two business days to get to Ghana.

Centbee is working on the Remit platform that allows the recipient to receive the money in fiat directly into his bank account. This means that you can send money to a recipient who has no clue what Bitcoin is, but still get to enjoy the benefits of Bitcoin. This platform has been in its pilot phase, catering to the South Africa-Nigeria corridor. It will become available in all other countries in the region, but unfortunately, it’s not yet available beyond the two countries. This means that the person I sent the BSV to had to be conversant with Bitcoin in order for me to send her the money. 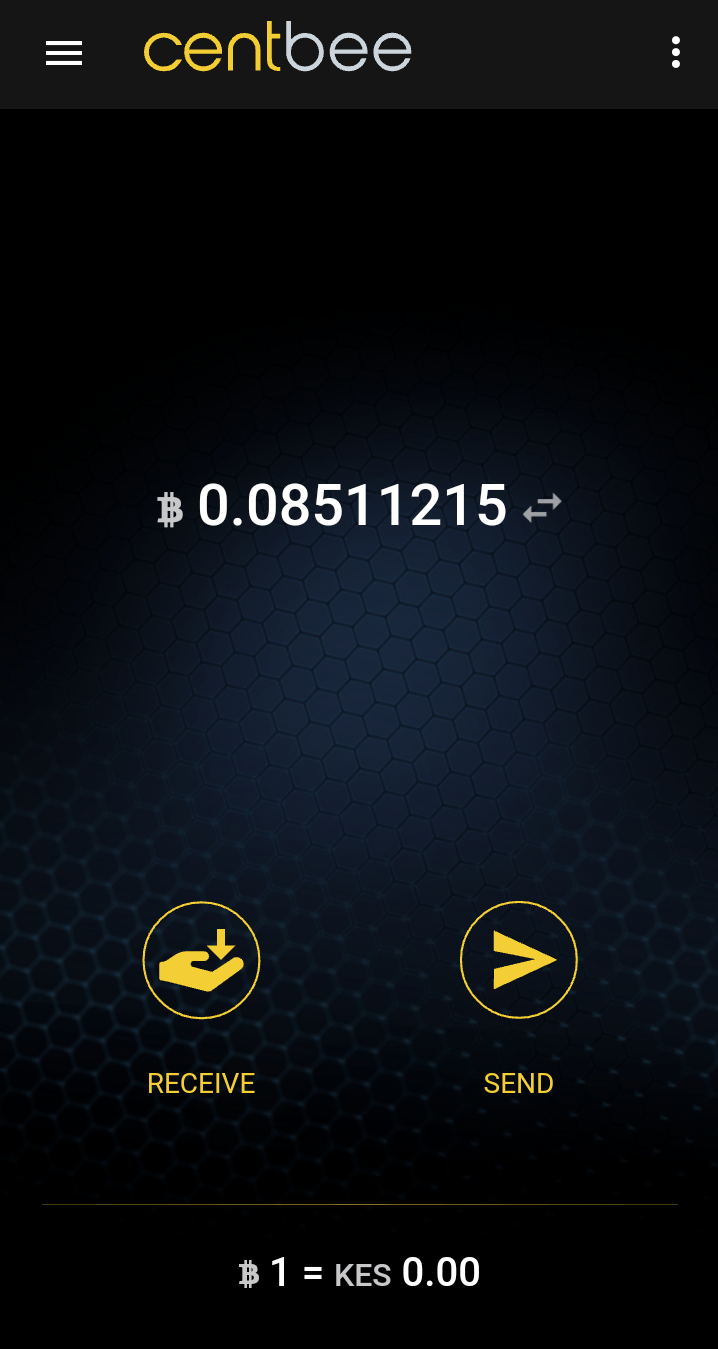 Centbee supports about every other fiat currency, giving you the chance to value your BSV holdings in your local currency and other popular fiats such as the USD, the euro, the GBP and more. Its simplicity is quite admirable, showing clearly that it targets crypto newbies and users who just want to make simple transactions.

If you are a trader, this simplicity may not appeal as much. Traders require wallets which incorporate way more than just the value of their Bitcoin including the price charts across different markets. However, Centbee’s target market will appreciate the simplicity.

The wallet has a transactions tab that lists all your activities, allowing you to keep record of how you’ve been spending your Bitcoin. The wallet also scans your local area for any merchant that accepts BSV so you can spend your tokens for payments.

Centbee has already established itself as one of the best wallets, especially for Africa. However, it still has a lot of ground to cover, especially in onboarding new users to Bitcoin. The voucher system in South Africa is ingenious and could make Bitcoin easier to access than the banks and other financial services for the unbanked. When M-Pesa started in Kenya, it was an uphill task getting it to the people but over time, it has grown and now there’s an M-Pesa shop for every few homes. In time, Centbee will spread its wings as well and will then be an unstoppable force, in Africa and beyond.