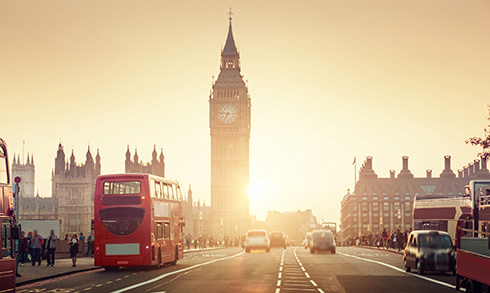 The UK government has announced that it envisages the blockchain playing a key role in its forthcoming drive to establish a digital future for the private sector.

The announcement comes as part of a published report from the Department for Culture, Media and Sport, which analyzed a number of policy options for the government in pursuing their target for better digital infrastructure across a range of key industries.

While the document remains light on specific details, it is thought that the blockchain and smart contracts technology could help pioneer more efficient systems for industries ranging from agriculture to the creative sectors.

The Secretary of State for Digital Affairs, Karen Bradley, said that the blockchain could be a useful instrument in connecting both public and private sector organizations in the envisaged digital future.

“I hope [the report] will mark the beginning of a new phase of close engagement between Government and the tech sectors, and am looking forward to working side-by-side to make our digital economy both stronger and fairer.”

Blockchain technology is already being used, developed and adopted by other national and local governments worldwide, as well as central banks and private firms.

The technology, which powers digital currencies like bitcoin, allows for transactional data handling in a secure, decentralized ledger, bringing a range of cost and other practice benefits.

While still broadly in a developmental phase, analysts have predicted 2017 will see blockchain solutions move closer to mainstream implementation, with a slew of cost savings and efficiency gains expected as a result.

The move from the UK government in support of a blockchain future adds only further credibility to the technology, and its perceived importance for governments and industry.

The blockchain is already being trialled by UK government departments for recording welfare payments, in addition to a pilot scheme for student loan payments.

With this further commitment to exploring the technology, building on their current exposure to blockchain trials, it now looks as though the UK’s government is preparing to get behind the blockchain in future, across both the public sector and private sector partnerships.