Taiwanese smartphone maker HTC has announced that its blockchain-powered smartphone, ‘Exodus,’ is ready for launch. The Exodus team released two teaser videos of the smartphone ahead of the launch on October 22.

HTC first revealed in May that it was working on a device that would support decentralized applications (DApps). It will also feature a universal wallet and have a “built-in secure hardware enclave.” The official HTC site is already taking registrations to determine the demand of the HTC Exodus before its formal launch.

Although the teasers do not reveal the specifications of the phone or when it will be available for purchase, we have an inkling to what the phone looks like and its launch date. 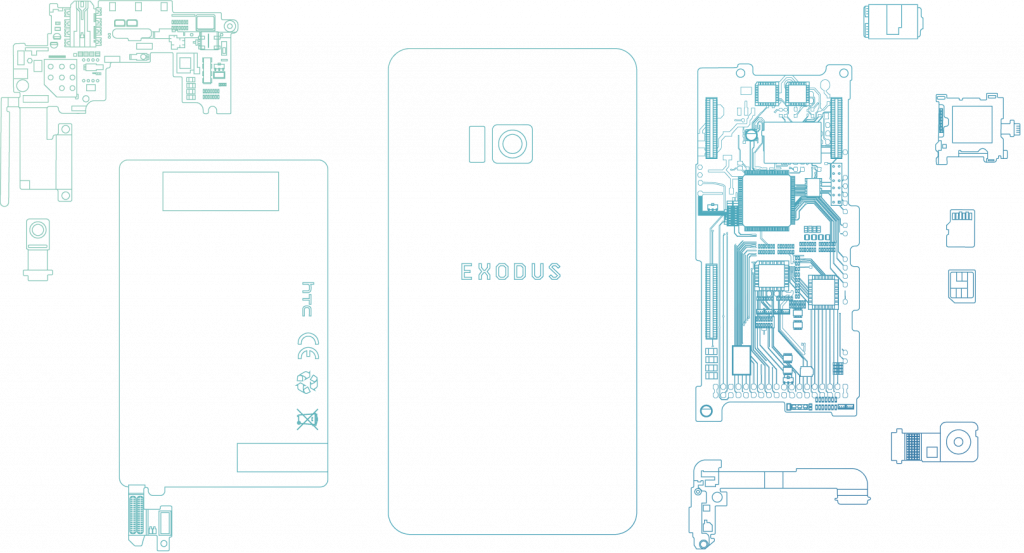 On its website, the Exodus team said, “With over two decades of experience manufacturing the world’s leading smartphones, and shipping over 100 million phones, we believe we can help reshape the Internet with the HTC Exodus. Join us and together we will make decentralization a reality.” HTC also has plans to create its own native blockchain network with all Exodus units acting as nodes to allow cryptocurrency trading among users of the phone.

According to reports, the HTC Exodus will be adopting the technology of Social Key Recovery. This means users do not have to worry about the loss of their digital assets if the phone is lost or being handled by someone else. HTC claims that the Social Key Recovery technology originated from the algorithm of Shamir’s Secret Sharing, which was invented by Adi Shamir, a world-renowned Israeli cryptographer. The algorithm can disassemble a series of complicated messages into different blocks which can be put back together to obtain the message again.

The company previously indicated that the Exodus would likely come with a price tag of $1,000, the same price as Sirin Lab’s blockchain-powered phone, Finney.