As the next phase of its global Ambassadors, the Bitcoin Association is pleased to announce its Bitcoin SV (BSV) advocates for more countries in the EMEA region.

With the fastest growing blockchain ever, Bitcoin SV application development has exploded globally, to take advantage of BSV’s massive scaling, greater data capacity and micropayments capability. Growing usage has led BSV’s average block sizes and average transaction per block count to regularly surpass BTC and recently surpass the Ethereum network on some days. Why? BSV is the only project that adheres to the original design of Bitcoin creator Satoshi Nakamoto. In short, BSV is Bitcoin.

Bitcoin Association President Jimmy Nguyen comments: “BSV is demonstrating that it is only blockchain massively scaling to support enterprise use. With more business interest in Bitcoin SV across the world, we are expanding resources to support BSV education, development, and adoption in key geographic areas such as the EMEA region. Our additional EMEA Ambassadors are blockchain and technology leaders in their markets, and will advance BSV’s mission to be the global enterprise blockchain and world’s new money.” As Africa’s foremost blockchain expert, Lorien has been invited around the world to speak on digital/cryptocurrencies and decentralised/distributed ledgers and their benefits for emerging economies. He has addressed and advised the United Nations, IMF, World Bank, FBI and Commonwealth Secretariat, the South African Reserve Bank, the Reserve Bank of Zimbabwe, TEDx and a host of professionals in multiple industries and attorney generals throughout the world. He offers insight and guidance to universities, business executives and advises government on blockchain technologies and their implications.

He pioneered blockchain payments for utility smart metering and was the co-founder of the Blockchain Academy which educates professionals on all aspects of blockchains from regulations to software development. 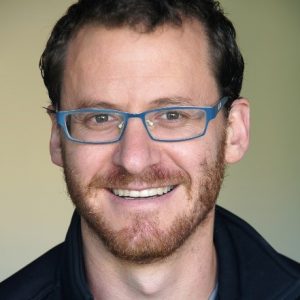 Daniel Lipshitz is the Founder and CEO of GAP600, a company that facilitates instant, cryptocurrency payments & deposits, based on proprietary technology.

With a Master’s degree in economics from the London School of Economics, Daniel worked for Bank Leumi in London and Deloitte’s in Israel, before being pulled by the entrepreneurial spirit into the technology world.

Daniel says it was Bitcoin that brought him back to the study of economics, specifically an interest in Austrian economics. And, the synergy between tech and economics led to the formation of GAP600. Daniel’s belief is that cryptocurrency, precisely Bitcoin SV, is a crucial element in realising global economic freedom. 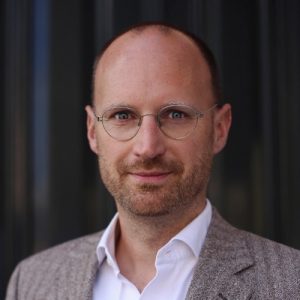 Jan Smit is a General Partner and founder of Two Hop Ventures. Two Hop Ventures manages a traditional VC fund based in Amsterdam and registered at the Authority Financial Markets in The Netherlands. The Two Hop fund invests exclusively in startups leveraging nChain technology and building on the BSV blockchain. Prior to this, Jan was for 6 years a Private Equity consultant at Bain & Company specializing in commercial due diligence, Head of the M&A team of a Dutch bank for 2 years and CFO for LeasePlan in the Middle East and Asia for 7 years. Jan holds Masters degrees in Physics (Delft) and Business (Kellogg, Northwestern). 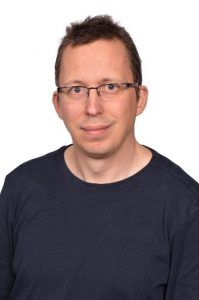 Matej Trampuš is a Co-Founder and CTO of CREA. He has been fascinated with computer security ever since his father introduced him to the school’s Apple II. After receiving his PhD in application security, he realized that working in the industry can provide much more challenges than pursuing an academic career.  In the last 25 years he has analyzed, architected and led the development of software solutions for a wide range of clients – spanning from banking through insurance, utility and Telco. Bitcoin has invigorated his interest in computer security, distributed systems and scaling. He believes that there is nothing more satisfying than changing the world through making the global adoption of blockchain technology a reality. 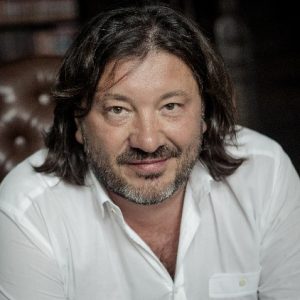 We previously appointed Alexander Shulgin as Bitcoin Association’s ambassador for Russia. Bitcoin Association is now pleased to announce Alexander will expand his role to advance growth of Bitcoin SV across Russia, the CIS (Commonwealth of Independent States) region in Eurasia, and Russian speaking communities across the world.

Alexander, as a visionary, has more than 15 years of investment and venture capital experience. He is a renowned Russian music artist, composer and producer who successfully combines creative work with business, and is especially interested in the use of blockchain technology for digital media and entertainment. Alexander’s GRUPPA KOMPANIY FAMILIA company specializes in investment and venture capital in blockchain, media, new media, publishing, and entertainment sectors. He runs the Baikal Blockchain & Crypto Mining Summit in Irtkutsk, Russia.

Alexander is a leading world expert on such topics as Transformation of Global Economy, Decentralization of Everything, blockchain technology, and the MES (Media, Entertainment and Sport) sector. He has given visionary speeches at leading world forums and conferences such as MIPTV, MIPCOM, MIDEM (France), World Knowledge Forum (Korea), All That Matters (Singapore), Open Innovations (Moscow) MedianTage (Munich) and many others.

Bitcoin Association for BSV represented Bitcoin SV at WeAreDevelopers World Congress in Berlin with more than 8000 attendees. The association sparked great interest in Bitcoin SV on an excit-ing market and during an important stage for the BSV ecosystem.

Jimmy Nguyen helped to create and launch Bitcoin Association for BSV, having joined nChain after a 21-year career as an intellectual property and digital technology lawyer. As founding president, he was a global advocate for the BSV blockchain.