Crisis has befallen cryptocurrency exchange Binance amid reports that it’s looking to make a return to China. On Wednesday, the company’s official Weibo account was shut down, along with the accounts of its founder and CEO Changpeng Zhao, and co-founder and CMO Yi He.

According to reports, Weibo users complained that three accounts were “violating the local law and Weibo regulations.” The Weibo accounts of other crypto exchanges were not affected.

Binance has reportedly announced late Wednesday night that “they’ve been actively negotiating with Weibo” to get the accounts restored. At press time, Zhao and He’s accounts are already back online, but the official Binance Weibo account remains blocked. 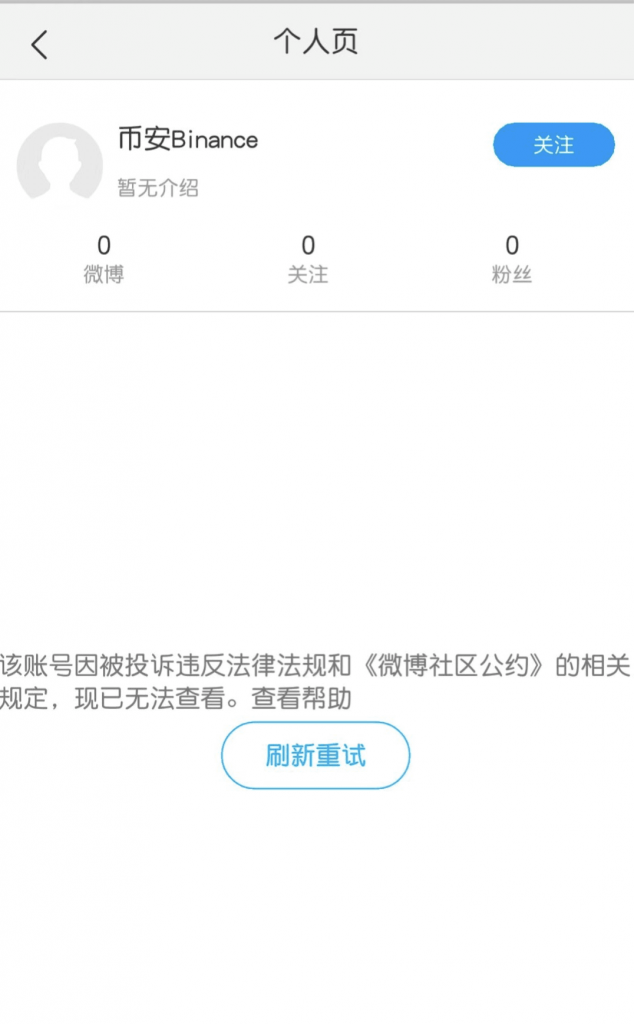 The now-Malta based crypto exchange fled China in 2017 amid the Beijing government’s ban on cryptocurrency trading. Now, reports have surfaced that Binance is making its way back to China as the country makes a positive shift towards blockchain.

A Binance representative was quoted saying, “We plan to do more to support blockchain development in China and globally. We do not have an office in China, but are planning to grow our presence more in this important market.”

The exchange rolled out a peer-to-peer trading service in China in October, allowing users to trade BTC, ETH and USDT via Alipay and WeChat Pay. In response, Alipay warned transactions “identified as being related to bitcoin or other virtual currencies” would be stopped immediately.

This post will be updated as more information comes in.

Adrienne Harris is taking over one of the toughest agencies, but having worked with digital asset companies, she’s expected to be firm but friendly to the industry.

A special report by Reuters has unearthed the rot at Binance, including how top execs made fun of anti-money laundering and Know Your Customer checks, and how Zhao led the flouting of laws.

The IMF says that El Salvador is at a heightened risk with its financial and market integrity, financial stability, and consumer protection, but President Nayib Bukele is unmoved.