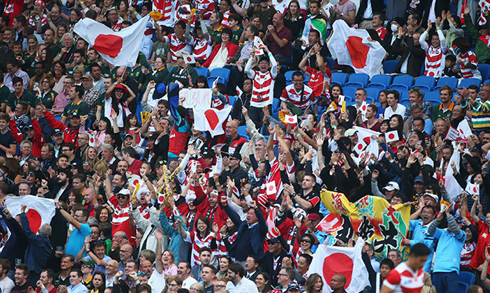 The most important step in Bitcoin’s evolution will be when your local shop/pub/restaurant accepts the currency i.e it’s everywhere, it’s normal, it’s what people use nowadays. Sure, that maybe a while off right now but a Government entity of an economic powerhouse such as Japan recognizing Bitcoin as a payment method is one huge leap forward.

Was it unfortunate that this came out on April Fool’s Day? Probably, but the important thing is that it’s not fake news, not an April Fool but a stone-cold reality. Once a Government of Japan’s repute rubber-stamps Bitcoin others will follow. They hate to be left behind, you see. They always want to be seen to be on trend. That’s why we often see cringing announcements by politicians saying they like [insert name of cool band/rapper of the moment here].

For many folk who’ve been wondering whether to take the plunge and buy Bitcoin this was the moment, and that saw the value trade up once more. The future looks hot CoinGeeks!

The celebrity posted on Instagram an ad that promoted EthereumMax to her 250 million followers, failing to disclose that she had received $250,000 in payment for the promotion.

Abdulla bin Touq Al Marri, the country’s Minister of Economy, says legally-binding agreements can be signed in the metaverse, and 24/7 customer care support can be accessed at the virtual office.

As the U.S. fortifies its grip on the global financial system, Russia targets to give sanctions-hit countries an opportunity to carry out international business easily—by using CBDCs.

Over 20 people and entities allegedly running a "pig butchering scam" as claimed by victims had their accounts frozen, a move enforced by the DOJ to curb losses associated with risky investments.