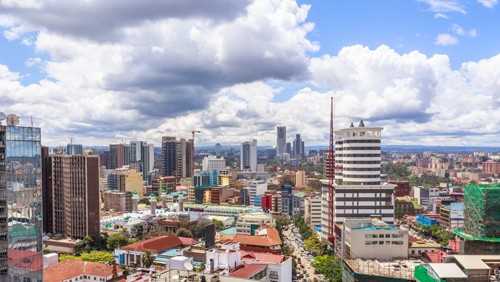 Africa has been spared the worst of the COVID-19 pandemic, registering the lowest number of cases of any continent. Nevertheless, it has felt the effects with some of the largest economies in lockdown. This has done little to slow down the digital currency industry, however. According to some of the largest exchanges in the continent, the effect on the trading volume has been minimal, with some even noting a slight rise in the past month.

With the lockdowns and social distancing measures, most people have been spending most of their time at home. They have used most of this time online, and this has benefitted the digital currency exchanges.

One of the beneficiaries is Paxful, a leading peer-to-peer digital currencies marketplace. In March, the company saw a record number of new registrations, a 30% rise from February’s figures. Paxful also saw a slight rise in buy offers, indicative of a market whose appetite for digital currencies is rising by the day.

At Luno, yet another leader in the digital currencies space, the trading volume hasn’t suffered either. The volatility in the prices of most digital currencies was a bit of a concern for many. However, “the recovery seen at the end of the month is giving many investors cause for hope,” Marius Reitz, the company’s general manager for Africa, tells CoinGeek.

Reitz lauded the performance of digital currencies at a time when even the stock market has been adversely affected. He remarked, “We’ve seen people exit all markets when there is panic, including crypto and gold. Having said that, Bitcoin is still a relatively smaller asset class that is still establishing its own rhythm. This is why we believe the current market environment is a big test for Bitcoin and given how young the asset class is, it has actually held up quite well.”

Working from home has become the new norm, and luckily for digital currency enthusiasts, this doesn’t affect their activities. For the exchanges, they have had to quickly adapt to this new paradigm, and they are doing so excellently. Reitz told us, ‘In terms of operations, it has been business as usual at Luno and we’ve shifted our entire team to remote working. The shift has been relatively straightforward as we’re running a digital business and we have not seen any disruptions, both in terms of level of service and security.”

For Paxful, it’s been a similar experience, with the company telling us, “All of our employees are working from home. We make sure that the team is productive and vigilant throughout our stay so we can cater to the needs of our users in these trying times.”

As the citizens try to stay afloat in these tough economic times, many governments have issued economic stimulus packages to help them cope. And while the releasing of this money will go a long way in helping the people weather this storm, the long-term effects may be catastrophic. Paxful believes that Bitcoin could be the solution, stating, “As we can see, different governments have come up with various ways to inject more fiat money into the economy. Though this might help people get some relief from the crisis, in the long run, it may be counterintuitive and cause inflation. Cryptocurrencies can help alleviate this by acting as a store of value – bitcoin, for example, has a limited predictable supply and less risk of inflation.”

The COVID-19 outbreak has brought with it a lot of uncertainties, but the traders must keep their cool and think beyond the pandemic. They must remember that no boom or bust lasts forever and not make decisions based on fear, Reitz advises.

He added, “We must also bear in mind that Bitcoin and other cryptocurrencies are still relatively new, so there will always be a higher level of volatility compared with other more established asset classes. We must remember that as the benefits become more evident, more people will hold these cryptocurrencies for their utility and this will make the market less volatile.”

Amor Maclang is the head of Digital Pilipinas since 2017 when ICOs were all the rage, and she says despite ‘crypto winter,’ blockchain and Bitcoin are transformational.

After decades at SAP, Nicholas King is now the nChain country director for Philippines, a country he says has immense potential.

On this week’s CoinGeek Conversations, nChain senior researcher Jack Davies discusses how mainstream adoption of complex, blockchain-based technologies will be driven by a killer application or implementation that will make using the internet easier.