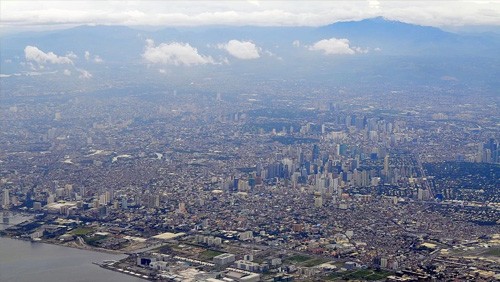 Governments around the world are scrambling to provide social welfare as the coronavirus keeps people from home, and out of work. But bureaucratic red tape and the hassles involved with distributing fiat funds have become bottlenecks to providing real relief; a problem that could be solved with the massively scaling Bitcoin SV (BSV).

In the Philippines, Deputy Speaker Luis Raymund Villafuerte slammed the Department of Social Welfare and Development (DSWD) on April 1 for its “cumbersome set of rules.” Funds that have been approved to help low income families aren’t getting to the people that need them quickly enough, and it’s become a cause of social unrest.

Congress passed the Bayanihan to Heal As One Act a week ago, but funds have yet to be released. The bill is expected to help 18 million low-income households, who will receive monthly emergency subsidies between PHP5,000 (US$98) to PHP8,000 (US$160) for two months.

Villafuerte blamed the DSWD for two “bureaucratic” blunders that only delayed the release of the funds. “The DSWD leadership appears bereft of any sense of urgency at this time when millions of poor and low-income Filipino families have been struggling to survive two weeks into the period of personal-movement restrictions meant to slow the spread of COVID-19,” he said.

The Philippines bureaucratic system is still far behind in cutting edge technology, with most government branches requiring loads of paper work to get anything done, and lots of missteps and documents suddenly get lost in the shuffle. This is the perfect system to be remade with the BSV blockchain as its backbone.

Using the BSV blockchain and smart contracts, a bureaucracy like the one used by the Philippines’ DSWD can sped up quite a bit, as tons of paper work can be swept aside for the immutable traceability of the blockchain. It saves on paperwork, it’s faster, and it’s ultimately easier for the people to trust, as they can audit the chain at any time to ensure the government agency is doing what it said it would.

But as the United States recently explored, using a digital asset like BSV to quickly distribute cash to the poor as a method of timely relief has nothing but benefits as well. A large portion of the Philippines remains unbanked, and checks from the government provide no immediate relief. But if the government were to send BSV to its people, most of whom already have the smart phones necessary for a wallet, they could immediately begin purchasing the goods they need to find relief.

The benefits of moving away from traditional bureaucratic red tape to BSV are readily apparent. And when people need money right away, there’s no way to get it to them faster than the original Bitcoin.

Grayscale argues that the regulator’s rejection of its bid to convert its GBTC fund to a spot BTC ETF violates the Administration Procedure Act and the Securities Exchange Act of 1934.

The data from the report shows that digital assets-related job roles comprise about 67.48% of all tech hires from April 2021 to April 2022.

Olga Skorobogatova, first deputy chairman of the CBR, said the time horizon for a fully fleshed out and functioning digital ruble is an estimated three years.