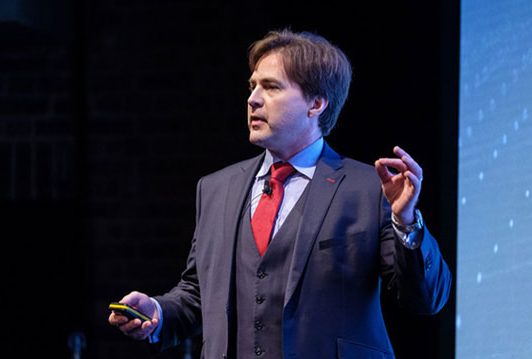 What may have been a founding application of cryptocurrency isn’t necessarily what defines its future. Just as much a part of the “Wild West” environment associated with crypto as gunfights at high noon in the real Wild West, Silk Road is a part of the history that is better forgotten. The Wild West disappeared as society evolved, and the old wild west of crypto must disappear, as well. Dr. Craig Wright points out in a recent Medium post, Silk Road “was the worst thing to happen on Bitcoin.”

Wright shows that cryptocurrency is not meant to be anonymous; it isn’t meant to be anarchist. We live in a society with rules and these rules are the only thing that allows society to maintain civility. The same code should be applied to cryptocurrency. It’s possible to allow for a certain degree of privacy that doesn’t have to carry over into complete anonymity.

The crypto enthusiast and chief scientist for nChain continues, asserting, “Many want to make a better version of Silk Road. This will never be on Bitcoin. Silk Road was not merely about drugs and guns as many try to say. It was not a victim-less crime. The take-down of Silk Road resulted in more than 17 convictions for sex crimes. Richard Huckle (here in the UK) was served 22 life sentences for 71 child sex offences for sites on the dark web that linked to SR.”

Bitcoin was designed with one goal in mind – to be money. Money is only viable when certain characteristics can be attached to it. Among these are the ability to, within reason, trace its history. Despite attempts by some to develop cryptocurrencies that are completely anonymous (such as Monero or Zcash), only those that emphasize privacy – and not anonymity – will be the ones that will be able to survive over the long term.

Wright includes in his post a lengthy discussion of how easy is it to trace relationships using social network data to uncover hidden relationships. This type of computer forensics study has been used numerous times and is how certain individuals can be linked to scams. The report is based on Wright’s personal involvement in tracking individuals using “social interactions” and shows how important it is to continue those efforts.

Those that would offer digital currencies that are completely anonymous can only be described as anarchists. Throughout history, anarchists have always been ostracized, and rightfully so. They’re the antithesis of a proper society, which is necessary in order to prevent complete chaos. If we end up in chaos, we won’t need money.