The Bolshevik Revolution was a rebellion against the banks, the state, the royals, the industrial class, entrepreneurship, and individualism. The Bolsheviks saw everything as a class struggle wherein the working class (small blockers would say “the pleb”) was innately moral while essentially everyone else was evil due to their class. Their worldview assumed that all people should be assumed malicious until vetted as an ally, and upon confirmation would typically adopt (typically red) regalia to designate a commitment to the class as a whole and the communist struggle globally. Failure to pass various purity tests and assimilate with the reds was typically met with execution for being a class traitor.

Over the years, Bolshevik thought split into multiple threads of anarchism (or “kinglessness”) including Soviet communism, libertarian socialism, anarcho-capitalism, and many others.

In the United States, the next generation communists created a derivation often called the “New Left.” This variation on communist thought was much more comfortable with publicly joining circles of wealth and power in order to infiltrate the culture and subvert it. This was defined largely in places like Chicago in the 1960s due to work by various left-wing groups converging into a cultural revolution amid a great upheaval in American society in general. Libertarian (or more libertine) views on personal behavior were the norm, but radical upheaval against cultural norms and the justification of violence against anything of the upper class became the standard.

Essentially, the 1960s became a physical manifestation of the Hegelian Dialectic where anyone who resisted was deemed not just wrong but evil, whereby they were coerced into new, radical behaviors. But the radicalization wouldn’t ever stop because every new leftist thesis would be added to the pressure chamber until it was synthesized into the mainstream.

This is how Elvis Presley could be censored for jiggling his hips in the 1950s, but open sex and drug use was relatively normal by the 1970s to pacify people into allowing large socioeconomic changes to be ushered into law.

From among this ilk, Saul Alinsky wrote a primer in 1971 called “Rules for Radicals” which is a guidebook for effective social(ist) activism from then forward—codifying the use of social engineering tactics to constantly push the revolution forward.

This is where the Bitcoin stuff comes in.

A lot of de facto Bitcoin culture is a conglomeration of the anti-bank, anti-state activism of the cypherpunks which include a mix of anarcho capitalists and anarcho communists who always saw cryptography, internet culture and ‘cryptocurrency’ as a way to seek freedom, commit crime and subvert societal norms in varying dosage of each. The Occupy Wall Street movement that responded to the housing crisis in 2008 and the Tea Party Patriots that reacted to OWS both utilized variations on these tactics of cultural upheaval driving the world into a chaos for which Bitcoin became a battle-cry. 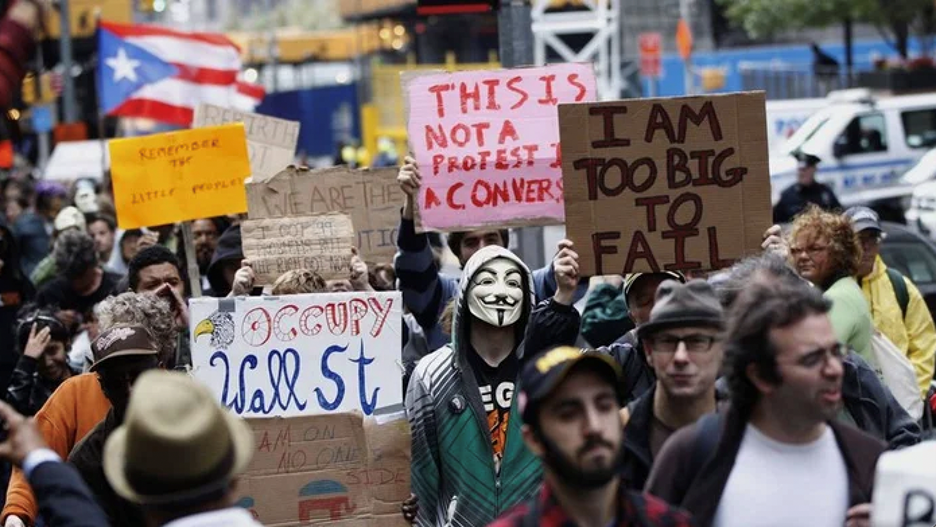 Out of this arose general lawlessness, an ethos of “code is law” and a total lack of individualism in Bitcoin, unless you happened to join the big-blocker movement.

Using Alinsky’s lessons, folks like Peter Todd, Gregory Maxwell, Samson Mow and various other small blocker elitists successfully smashed dissenters, free thought and individualism out of what became the BTC community, and it instituted various purity tests that worked successfully for the Bolsheviks and other leftist uprisings.

The small blockers believed that all nodes should be presumed malicious, and the industrial mining class could not be trusted, but ultimately the UASF member as a class became the new proletariat that was innately trusted because it passed the purity test: anonymous, able to sync a node, voting for economic planning in BTC and militant against Bitcoin businesses and “SPAM.” 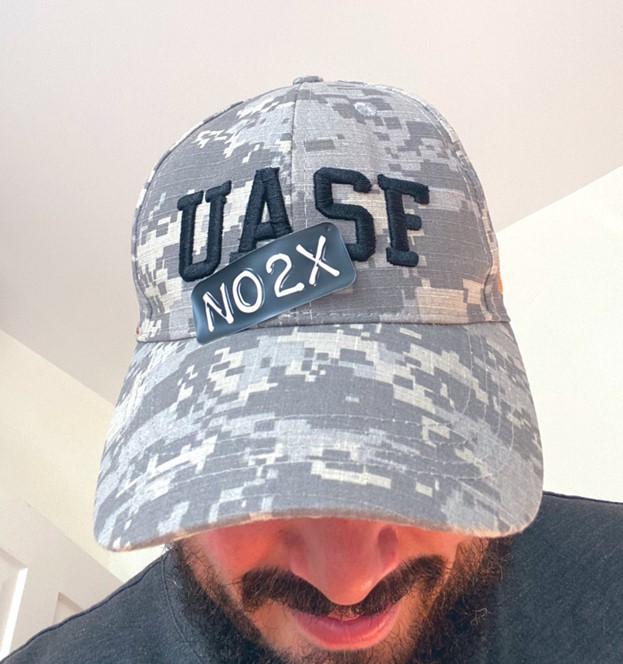 This morphed into a loss of individuality as the #WeAreAllSatoshi notion replaced any respect for the hierarchy of earned wealth, entrepreneurship and business in general. Small blocker plebs decided that “HODL” and virtue signaling were the only acceptable behaviors, but that a culture of threats of revolution against the mainstream were healthy.

My latest for @Forbes https://t.co/ZMvddRNU5H

Remember, it was the Joker’s chaotic anarchism and rabble-rousing that ushered in Bain’s worker’s revolution. And that story had a lot more than a passing reference to Lenin and the Red Revolution.

A Tale of Greg and Craig

The Red Revolution ended in less than a hundred years with the collapse of the Soviet Union under the weight of its own lack of productivity, but it didn’t kill communism as a whole. There are still nation states like North Korea and Cuba that are governed under some Soviet principles, and the ideology still exists around the world in a constant back-and-forth with neo-liberals, neo-conservatives and various other factions in the dialectic that they have created wherein every move breeds an increasing amount of chaos and virtual signaling about class struggle. 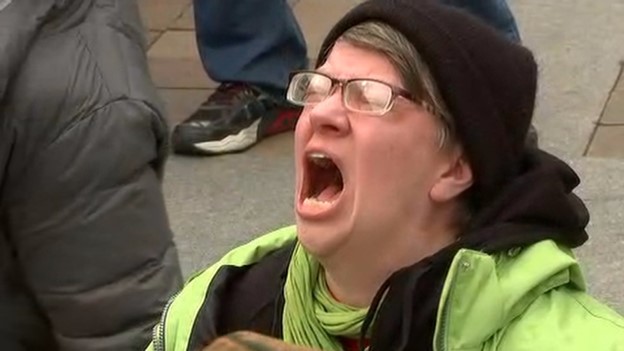 One of the great struggles is between the small blockers who embody the chaos of permanent revolution (expressed in chaotic governance and soft forks), constant redefining of terms, rebellion against classical liberalism or conservatism and a hatred for banks, states and a deep distrust of business. They keep anon profiles, virtue signal with recognizable regalia (red laser eyes) and repetitive terminology (HODL, have fun staying poor, cope, etc…) while claiming to govern BTC as a collective by threatening miners with a sort of general strike, if their demands are not met.

Then the big blockers embrace a fixed protocol, predictability, respect for rules of Bitcoin and the world, as well as abiding by classical definitions for simple terminology. Big blockers tend to use their real identities in public, focus on business rather than virtue signaling and want to add efficiency to existing systems like banks rather than destroy them.

This is best embodied by Gregory Maxwell for the small blockers and Craig Wright for the big blockers. 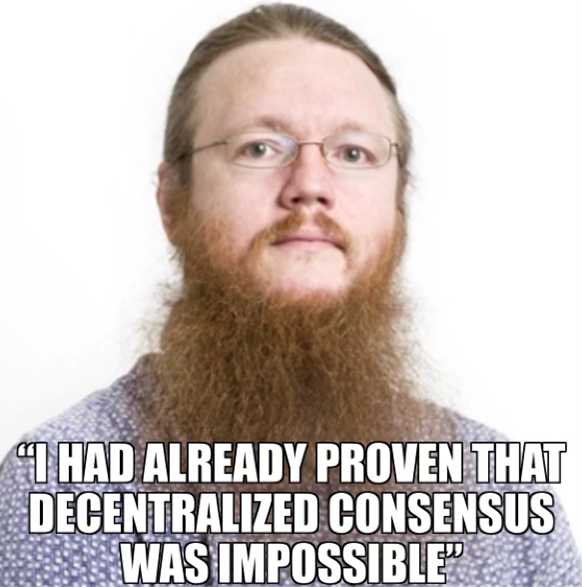 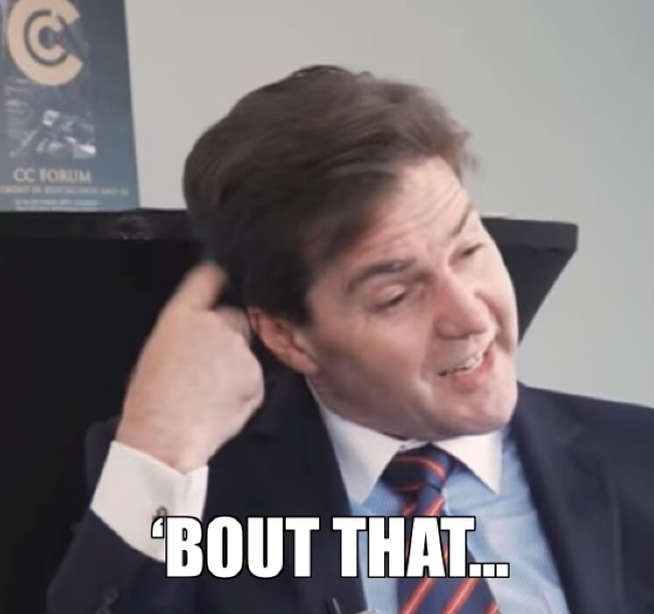 Gregory is a masterful software developer with a talent for rhetoric, social engineering and for leading an intellectual debate against Bitcoin’s original design while keeping it in a permanent state of not quite perfect. He has been a significant player in the BTC roadmap, contributing heavily to the code, especially in significant pivot points. As a co-founder of Blockstream, he was a significant player in the concept of 2-way pegged side-chains, alleged “L2” network theory and things like Segwit, Taproot, in order to be censorship resistant against the state.

Craig is the creator of Bitcoin, its license and copyright holder of the white paper. He is the visionary behind the concept of the protocol “set in stone” and Bitcoin’s inherent abilities to scale for business use globally. He has advocated for its use as a cash system, smart contract platform and property rights enforcement mechanism via its integrations with existing business, law and regulations—truly neutral protocol for the exchange of value and security of rights. He is a classical liberal and believer in the possibility of optimization of the existing systems toward freedom and free markets through his work. His work also includes thousands of patents, proof of unbounded Bitcoin script capable of general purpose computation and the implementation of Bitcoin which he has been proven capable of millions of transactions per block without any L2 or sidechain crutches.

As Craig represents the values of the old world, Greg represents the threat of permanent revolution, and unfortunately for all of us, Greg went unthreatened in his quest to modify Bitcoin for many years.

Without going into too much detail, a mix of circumstances removed Craig from the Bitcoin project some time between 2011 and 2012, which is (perhaps curiously) when Greg showed up and started changing things. When Craig returned (2015-2017), it was an uproar as the “WeAreAllSatoshi” ethos was quickly replaced with the possibility of Craig being Satoshi for the culture—and he was opposed to the anarchism that had pervaded the culture.

A civil war consumed the Bitcoin community, and the small blockers thought they had won with the BTC ticker, but five years on, Greg has “officially” retired from bitcoin and Blockstream, but he spends an incredible amount of his time writing and thinking about Craig. Other staples of the era have also retired recently: Wladimir Van Der Laan, Peter Todd, Samson Mow and Pieter Wuille… but Craig remains; fighting for his legacy in the economy, in academia and in court. All the while, the anarchists are becoming increasingly unhinged.

While calling Wright an irrelevant fraud out of one side of his mouth, Greg continues to write long form posts about the importance of focusing on crushing his spirit, undermining BSV and some responders even advocate for violence.

Greg persists with thread after thread lamenting that Craig continues to win victories for the sake of law, order and Bitcoin while lengthy diatribes rule the day from Greg; lamenting such things as “Wright and his conspirators are actively lobby governments, schmoozing heads of state” and “Wright’s fraud is an attack on Bitcoin” just because he continues to win victories over his opponents in court and in proofs of bitcoin’s inherent ability to scale.

Why does Greg spend so much time theorizing, strategizing and focusing on Craig Wright?

This is an important indicator, in my opinion.

If you follow Greg across Reddit, it becomes obvious that frequency and volume of his writing is increasingly focused on BSV and Craig even years after their alleged victory in 2017 over Craig and big blockers.

Of course, this would be obvious, if you would read Alinsky. And so are the next few moves in the game.

Like a great many things, we have action and reaction in Bitcoin. Bolshevik thought has permeated the debate, and there truly is a class struggle between two very different values systems. Craig Wright is committed to restoring Bitcoin’s place as a capitalist tool for economic growth, and Gregory Maxwell (and his ilk) seems committed to continuing Bitcoin’s descent into little more than a focal point for value absorption in an ever-degrading world economy.

Decentralization can be a confusing concept for some, but Dr. Craig Wright pointed out that the idea is not based on technicalities but one that revolves around trading and peer-to-peer exchanges.