Dr. Craig Wright has been the showstopper at CoinGeek Conferences for four years now, and the BSV Global Blockchain Convention was no different. In his keynote presentation on Day 3, the creator of Bitcoin talked about making Bitcoin SV the base layer that other non-scaling blockchains like Ethereum can run on, subsequently subsuming them and their users. He later joined CoinGeek TV, where he gave the Ethereum community an ultimatum—join us or be phased out altogether.

Dr. Wright’s keynote presentation, which was titled “Cloud Security, Overlays & Blockchain,” was charged as usual, with the nChain chief scientist posing a critical question—if BSV can scale much more than Ethereum, then why not just run Ethereum (sort of) internally and offer Ethereum users a faster, cheaper and massively scaling way to run their native ‘second layer’ applications?

“We want to free all of those Ethereum people from the dominating control that they are forced to be under right now and allow them to build in a way that lets them skip between chains, keep their data and even upgrade and change while not losing any value,” Dr. Wright told CoinGeek TV host Kurt Wuckert Jr. “Whether they like it or not, they are going to be on Bitcoin. We’re going to start integrating Ethereum,” he added.

In his presentation, Liu stated that the transpiler would allow Ethereum developers to easily port their applications to BSV, with the tool doing over 80% of the work for them. The developer would be left with a few issues to sort, such as figuring out how to handle loops and other aspects that don’t translate over to the Bitcoin SV’s UTXO model.

Dr. Wright understands that some believe that Bitcoin SV should focus on its own path. But as he posed, “why do we want to isolate all those people who have already learnt a skill, learnt a coding language, why get rid of everyone?”

“We’re going to give everyone a roadmap towards scaling,” he noted.

The theme of targeting Ethereum developers and users was predominant throughout the three-day Dubai event. In one of the panels Kurt moderated, FemPeak’s Somi Arian noted that Ethereum already has a massive community around NFTs and DeFi, and this network effect ends up bringing more people in.

In line with the theme, HandCash CEO Alex Agut announced that the wallet would start tokenizing BTC, DOGE, USDC, and other digital assets via a fungible token platform. This will allow its users to pay and receive payments in several other tokens and even cash out through a stablecoin.

Dr. Wright believes that this is just the beginning. Soon enough, BSV will start to subsume not just Ethereum but many of the smaller chains like Algorand and Polygon. 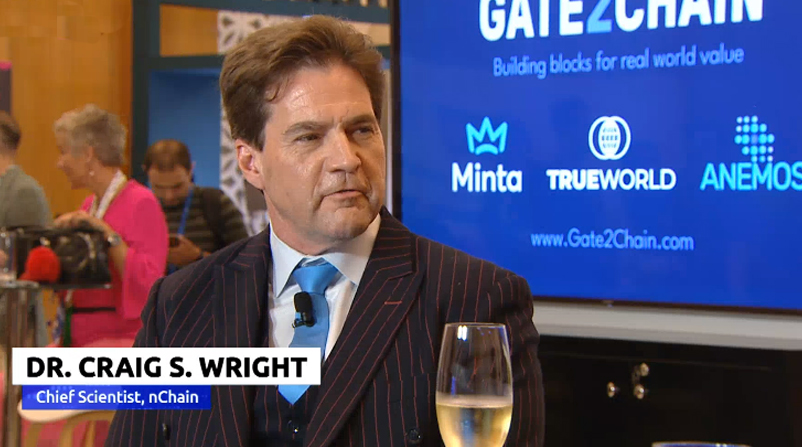 “As we integrate others and build them into Bitcoin, then we’re going to allow people to instantly swap assets and have a single asset class,” he said.

Dr. Wright believes that Bitcoin SV will have subsumed almost the entire space by the end of this decade. Some like Ethereum, which has a massive community, will take time and a lot of effort, but with the smaller ones, it will be easier. These smaller chains will even be the ones pushing to be integrated into Bitcoin because “in being subsumed, they are going to add value.”

The irony, Dr. Wright noted, is that the smaller blockchains without a significant network effect “are the ones who are going to make the most money” once they come to Bitcoin.

“It all comes back to usage. Twenty years from now, those protocols that have value to society, those that people want to keep using, they have years. But the others will be like digital beanie babies. People still collect beanie babies. They aren’t the big fad that they once were, but they are there,” he said.